Can understanding the past make you a better investor? In one survey conducted by the CFA Financial Institute for financial planners, 96 percent of respondents said that familiarity with economics and financial history contributed to their success as investment professionals. If it’s good for professionals, surely it can be just as useful for more novice investors who are trying to build a nest egg for their future. That’s why it’s important to gain an understanding of the events of the past to learn lessons that can make you a savvier investor.

Here we look at the 1987 stock market crash and its aftermath to see what it means for us today.

What caused the 1987 stock market crash?

A market crash denotes a precipitous loss, and the 1987 stock market crash was a stomach-churning example. The event began on Oct. 14, 1987, when markets began to show daily losses, and culminated with Black Monday 2, on Oct. 19, 1987, when the Dow Jones Industrial Average (also known as the Dow) lost a nerve-wracking 508.32 points—which at the time was 22.6 percent of its value—in one day.

That precipitous drop had been preceded by a huge run-up: The Dow had more than tripled in value during the previous five years, including a whopping gain of 44 percent from January to August 1987. How did fortunes turn so swiftly? Economists attribute it to several causes:

Looking back, it seems clear that the market was overvalued, as the average price-to-earnings ratio (a measure for valuing a company that looks at its current share price relative to its per-share earnings) for stocks in the S&P 500 stock index climbed above 20. (The average P/E ratio for S&P 500 stocks has historically been around 14.)

By early 1987, inflation had begun to creep up, which scared investors into fearing that the economic worry of “stagflation” that hit the country in the 1970s could be returning. (In 1987, the average inflation rate, or the rate at which prices for many goods and services was rising, was over 3.6 percent. The inflation target for the Federal Reserve, the nation’s central bank, is 2 percent.) 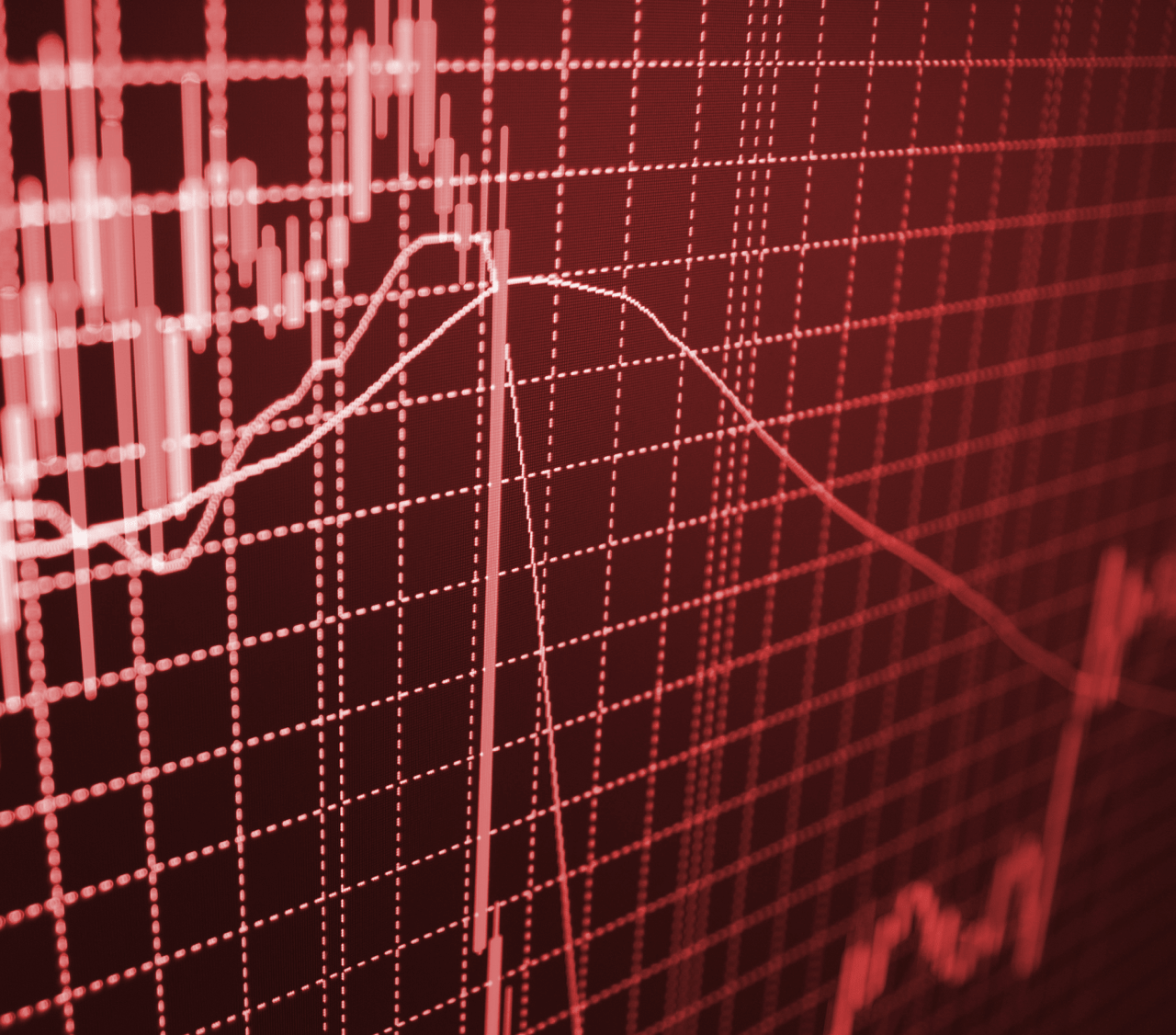 On Oct. 14, Treasury Secretary James Baker suggested that a falling dollar was imminent, and interest rates rose as foreign investors pulled back.

Investment firms had begun offering “portfolio insurance,” which is a strategy of trying to minimize market risk by using financial instruments including options that they would sell short if the market fell. But in hindsight, it may have produced a sense of overconfidence, given the expectation that it would prevent a loss of capital if the market crashed, and may have led to investors taking outsized risks then being forced to sell as the market turned down.

There was a rise in the practice of “program trading,” which is where computer algorithms quickly trade stocks in large volumes, which compounded the swift decline.

How did the 1987 stock market crash end?

As often happens, the 1987 stock market crash had a happy ending despite the day’s woes. In fact, the market posted a record one-day gain of 102.17 points the next day, followed by 186.64 points on Oct. 22. Two years later, by September 1989, the market had recovered all of its value, a huge relief when compared to the aftermath of the stock market crash that preceded the Great Depression of 1929.

The 1987 stock market crash in context

Although the 1987 stock market crash was scary indeed, it was not without precedent. For perspective, this type of event is extremely rare, however.

Given its moniker, Black Monday 2, that means there was a previous Black Monday. The first Black Monday occurred on Oct. 28, 1929, when the stock market plummeted 13 percent in one day, falling an additional 12 percent the following day. As with the 1987 stock market crash, this drop followed a period of growth, along with the hindsight realization that stocks had been overpriced. This 1929 market crash is often considered a factor that contributed to the acceleration of the Great Depression.

While the events in 1929 and 1987 are the two most closely associated with the term “crash,” there have been other sharp drops on the historic stock market roller coaster, most notably the dot-com bust which took place from 1999 to 2000. Although it didn’t occur on a single day, it’s often lumped in with other stock market crashes since it entailed a steep nosedive in just one sector—in this case tech and, more specifically, internet-based businesses.

In addition, the 7 percent stock market decline on Sept. 29, 2008 is often considered a stock market crash. That drop was one of many in a falling stock market that ultimately lost half its value before recovering. Combined with the plummeting housing market, it is considered an underlying factor of the Great Recession of 2008.

While the market can often be bumpy, these types of panic-inducing downturns are, fortunately, extremely unusual.

What does the 1987 stock market crash mean for investors today?

First, it’s important to separate a stock market downturn from an actual crash. The technical definition of a market crash is that stocks fall by 10 percent or more in one day, compared to a downturn, which is just any downward movement in the markets. The type of fall that indicates a crash is uncommon, as illustrated above.

It’s also important to note that the current highs of today’s market give a larger cushion for any falls. While the market closed at 1,738.74 on Black Monday 2, the market has been strong throughout 2019, topping 28,000. Those peaks make the 500-point drop of the 1987 stock market crash hardly seem cataclysmic.

Finally, it’s far less likely that a crash of this magnitude could occur anyway, given new limits that have been imposed to prevent the type of structural failings that were triggered due to the speed of computer trading.

Shortly after the 1987 stock market crash, the U.S. Securities and Exchange Commission (SEC) created a policy of “circuit breakers” that halt trading when the S&P 500 stock index declines a certain percentage from the previous day’s close.

There are three levels where the protocols kick in: 7 percent, 13 percent or 20 percent. If a Level 1 or 2 drop occurs before 3:25 p.m., trading will halt for 15 minutes. And if the market reaches Level 3 at any time during the trading day, the market will stop for the rest of the day. These precautions were introduced after the 1987 stock market crash to avoid the conditions that caused that day’s panicked selling.

While these protocols are helpful, the most important step that investors can take is to make sure their portfolio is diversified, which means it contains a mix of investments across asset classes. In other words, it’s important to have various types of investments; for example, bonds and real estate in addition to stocks. That means if there is trouble in one sector, you are likely protected by your investments in another.

One potential solution is to seek out an investment advisor that prioritizes a diversification strategy. That’s one reason why Acorns portfolios include a mix of exchange-traded funds (ETFs) with exposure to thousands of different stocks and bonds. While each is designed to include broad holdings of stocks or bonds specifically chosen to ensure an investor isn’t overly exposed to just one type of investment, the portfolios are created based on an investor’s personal appetite for risk. Someone who is able to weather a bumpier ride in the interest of potentially bigger returns could choose a more aggressive portfolio, while another investor who has less time until they need the money might choose a conservative portfolio to smooth out the potential bumps.

The most important thing to remember is that events such as the 1987 stock market crash might happen occasionally, and yet rarely will they completely wipe out your entire nest egg—especially if you have time to wait for it to rebuild.

That’s because historically every market that has gone down, even in a recession, has rebounded—sometimes quickly, as in the case of the 1987 stock market crash. An investor who is focused on the long term and has created a diversified portfolio is likely in a positive position.

Of course, there are smart moves you can make that can help you withstand a potential recession, from setting and following a budget and refraining from excessive spending to paying down debt and building an emergency savings fund.

But, when it comes to the stock market, your best plan of action is not to panic: Although the market can go down, it has always come back up.