The sky is falling! We get it. It’s easy to feel that way after a stomach-churning market plunge that takes your investment accounts on an unfortunate downward ride. But, however unsettling a drop in the stock market can seem, it’s important to remember that it’s not necessarily a harbinger of things to come. In fact, dips in the market are perfectly normal and, often, just temporary, while crashes are rare.

So, what is “the market” anyway?

First, let’s be clear. When we refer to a “market crash” or a “market downturn,” it’s important to note that these terms specifically relate to the stock market and therefore differ from an overall economic downturn.

While there are a number of investment vehicles you might be using to build your nest egg, the market generally just refers to the stock market. And when you hear commentators talk about “the market” going up or down, they are typically referring to major stock indexes like the Dow Jones Industrial Average (or Dow), Nasdaq and/or the S&P 500. These indexes are composed of several big stocks and are often used as a gauge for how the stock market is doing overall. When we talk about U.S. market movements, that generally doesn’t take into account other assets you might have, such as bonds, real estate or international stock funds.

That’s a big reason why it’s important to have a diverse investment portfolio—even if the stock market is enduring a rough patch, ideally there will be other asset classes that are holding their own.

What is a stock market downturn?

Very simply, a downturn is when the market switches direction from up to down. A downturn can range from mild, lasting just a day or so, to severe, such as when a bull market becomes a bear market. Even though people may use the term bear market to describe a slide, it’s not interchangeable with a downturn. In fact, it has a distinct definition: A bear market occurs when an index falls at least 20 percent below its 52-week high. Similarly a market correction has a defined meaning, which is a market that suffers a loss of 10 percent from its most recent peak. (This is also typically based on a drop of that size in a major stock index.)

On the other hand, a downturn is a more widespread term that merely indicates prices are dropping, with no set definition of how far and how fast. It’s possible that the market will turn back toward an upward trajectory in no time. Or a market drop could indicate broader trends, like a general economic slowing, which eventually might lead to a correction or a bear market.

On March 12, triggered by concerns about the potential economic impact of the spread of the coronavirus, all three major stock-market indexes ended the day in bear market territory, with cumulative drops of over 20 percent. 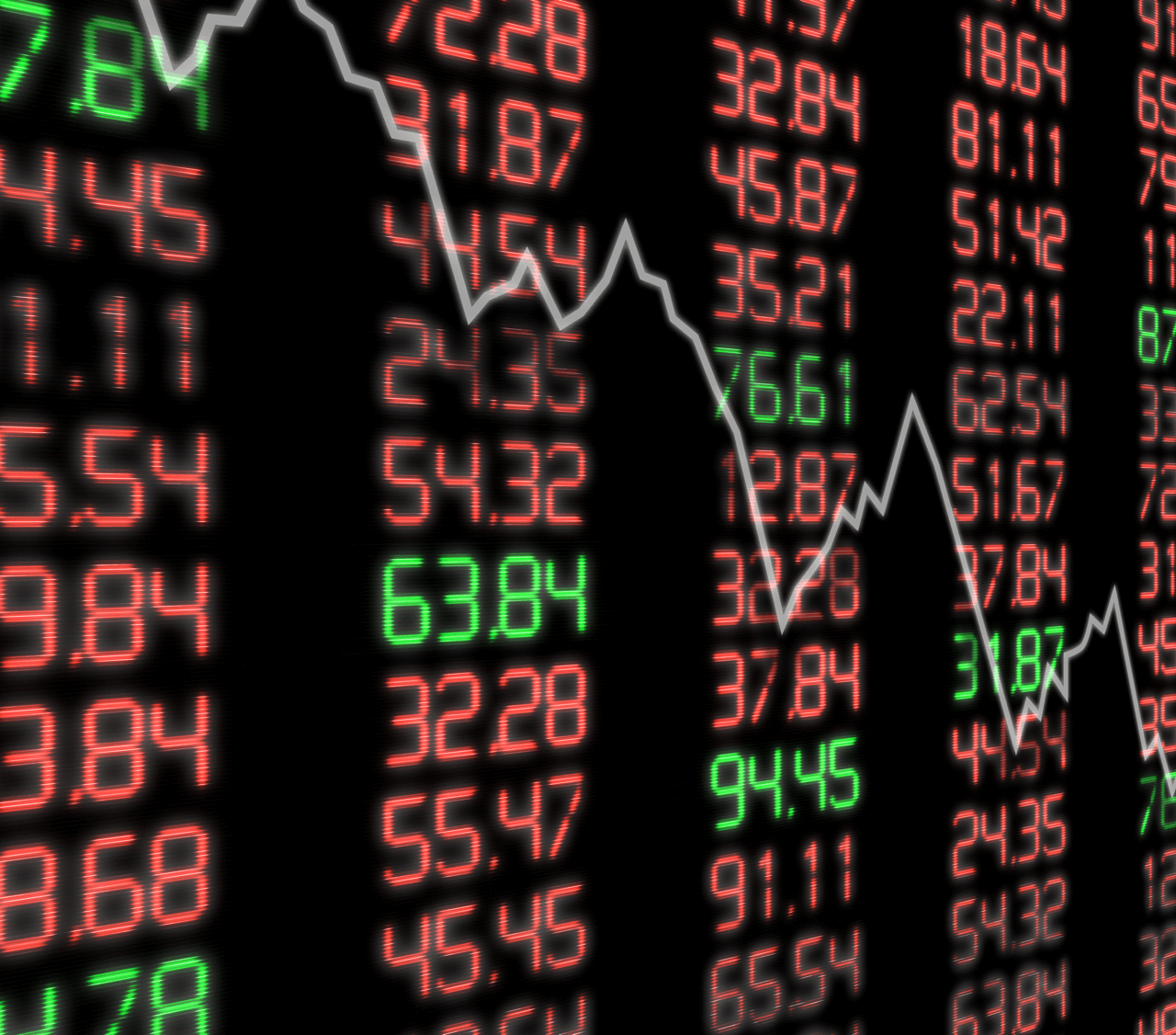 What is a stock market crash?

Well, a crash certainly sounds a lot more foreboding than a downturn, doesn’t it? And it is. When people talk about a stock market crash, they are typically referring to a sudden and significant drop in stock prices. The technical definition of a market crash is that stocks fall by 10 percent or more in one day. They are often caused by a mass panic in reaction to an event that prompts several investors to sell stocks at the same time, but they can also be associated with economic downturns and other factors.

On Oct. 28, 1929, known as Black Monday, the stock market fell 13 percent and then plunged an additional 12 percent the next day. The market had peaked on Sept. 3, 1929, amid a booming economy. However, economists believe in retrospect that stocks were overpriced and people were overconfident, often buying stocks with credit. By late September and early October, prices began to decline, and on Oct. 18, the fall began, with the ensuing panic leading more and more people to dump their shares. This stock market crash is often considered the prelude to the Great Depression.

Black Monday 2 struck on Oct. 19, 1987, when the Dow lost 23 percent of its value in one day. The sell-off began in Asia, then continued in Europe and the United States. As a growing number of investors sold shares, other panicked investors dumped theirs as well. As with the first Black Monday, the market had previously been booming, although in some cases through questionable means, including margin accounts (accounts offered by brokerage firms that allows investors to borrow money to buy securities).

Many experts believe that technology also exacerbated the losses, since computer trading made it easy to sell quickly. Shortly after, the U.S. Securities and Exchange Commission (SEC) created rules that allow “circuit breakers” to kick in when the market drops 7 percent, 13 percent and 20 percent from the previous day’s close in order to put the brakes on panicked selling.

Although the stock market only declined 7 percent on one specific day, it set in motion a chain of events that would lead to the Great Recession in 2008 and therefore is lumped in as a market crash. The Dow dropped nearly 778 points that day, its biggest ever single-day point loss up to that point. The day’s drop was predicated by a series of events that would lead to an economic recession, including the subprime mortgage crisis and turmoil for major banks. Eventually, the stock market lost half its value before recovering. (It has since recovered and gone on to rise significantly.)

In addition to these three events, the dot-com bust of 1999 to 2000 is widely referred to as a crash even though the market didn’t drop dramatically in one day. Instead losses mounted over multiple trading sessions as investors began to question the strength of the recent crop of internet-based businesses (and with good reason—some, like Pets.com and etoys.com, ended up collapsing).

What does downward market movement mean for individual portfolios?

So what does this mean for individual investors and their investments?

As mentioned above, one reason to aim for a mix of investments across asset classes is to help protect against large market swings. (That’s one reason why Acorns portfolios include a mix of exchange-traded funds (ETFs) with exposure to thousands of different stocks and bonds.)

There’s also another important facet of investing to remember: timeline. Until you sell your investments—and thus lock in the gains or losses—you actually haven’t changed your financial status at all. While an investment portfolio might look as though it’s taken a clobbering, those losses are just on paper until investments are actually sold.

That’s why time horizon is such an important factor in choosing whether to make conservative or aggressive investments. With a long time horizon, any sort of stock market downturn doesn’t need to feel dire. Every downturn in history has ended in an upturn, which means investing for the long term often allows stocks to recoup any losses from downward swings before it’s necessary to sell them.

Still, even with a long-term horizon, it’s smart to stick closely to a diversification strategy and not take on more risk than can be comfortably handled. For example, some investors find that the market volatility often associated with an aggressive portfolio outweighs the potential rewards, and choose to play it safer with more conservative investments.

While downward market movement—whether it’s a downturn or an actual crash—can lead to uncertainty, it’s important to remember that every market decline has ended in an upturn, and a sound diversification strategy can help smooth out the bumps in the meantime.