At first glance, investing in the stock market seems fairly straightforward. Open a brokerage account, research stocks to find those that align with your investment goals and buy them.

But as you become more entrenched in the ins and outs of buying stocks, you’ll likely encounter unfamiliar terms that you realize are important to understand in order to make savvy investment decisions. One of these is “market capitalization.” Here’s what it means—and how it can affect your investment portfolio.

What is market capitalization?

Market capitalization (usually called “market cap”) is the total dollar market value of a company’s stock that is currently held by all shareholders, otherwise known as “outstanding shares” of stock. Market cap is determined by multiplying the total number of a company's outstanding shares by the current market price of one share. So if a company has 10 million outstanding shares that are selling at $100 per share, its market cap is $1 billion. That means that, theoretically, if you had $1 billion and every single shareholder was willing to sell his or her shares, you could then buy the company.

Market cap isn’t static, given that the price of an outstanding share will fluctuate frequently, according to supply and demand. The number of outstanding shares can vary, too, although with less volatility than the price of each share. A company can issue more shares, for example, or buy some of the shares back for itself, thus removing them from the general market.

A company can also initiate a “stock split,” which is when it decides to lower the price of individual shares of stock by making each one worth two (or some other fraction). For example, if one share of Company X stock is selling for $500, after a “2-for-1 stock split,” each share will cost $250. If you already held five shares, now you hold 10 at half the value. That in itself doesn’t cause a fluctuation since it is essentially the same amount of value (more shares x proportionately smaller stock price = same amount), but as these shares rise or fall in value, it can cause more volatility and thus affect market cap, since more shares will be moving with each gain or loss.

What market cap doesn’t tell us

While market cap is a metric used to determine the value of a company’s worth relative to others, it is based solely on supply and demand for a company’s stock at any given time.

Therefore, it doesn’t measure a company’s sales, total assets, net worth or equity value, for example. To get a more complete picture of a company’s financial health, you’d need to research additional metrics, such as a company’s price-to-earnings, price-to-sales and return-on-equity. These are all based on more complex factors, from a company’s long-term growth potential, to its competition, profitability and debt load.

Also, market cap only takes into account outstanding shares, which excludes shares that the company itself owns, known as “treasury shares.” You can find this information on the company’s balance sheet, in the “shareholder’s equity section.” There you’ll see line items for “preferred stock” and “common stock.” Add these two numbers, and then subtract the “treasury stock” line item if there is one. The end result is the number of “outstanding shares.” This number can also tell you what percentage of the company you own through your stock purchase, by dividing the number of shares that you have purchased by the number of shares that are outstanding. 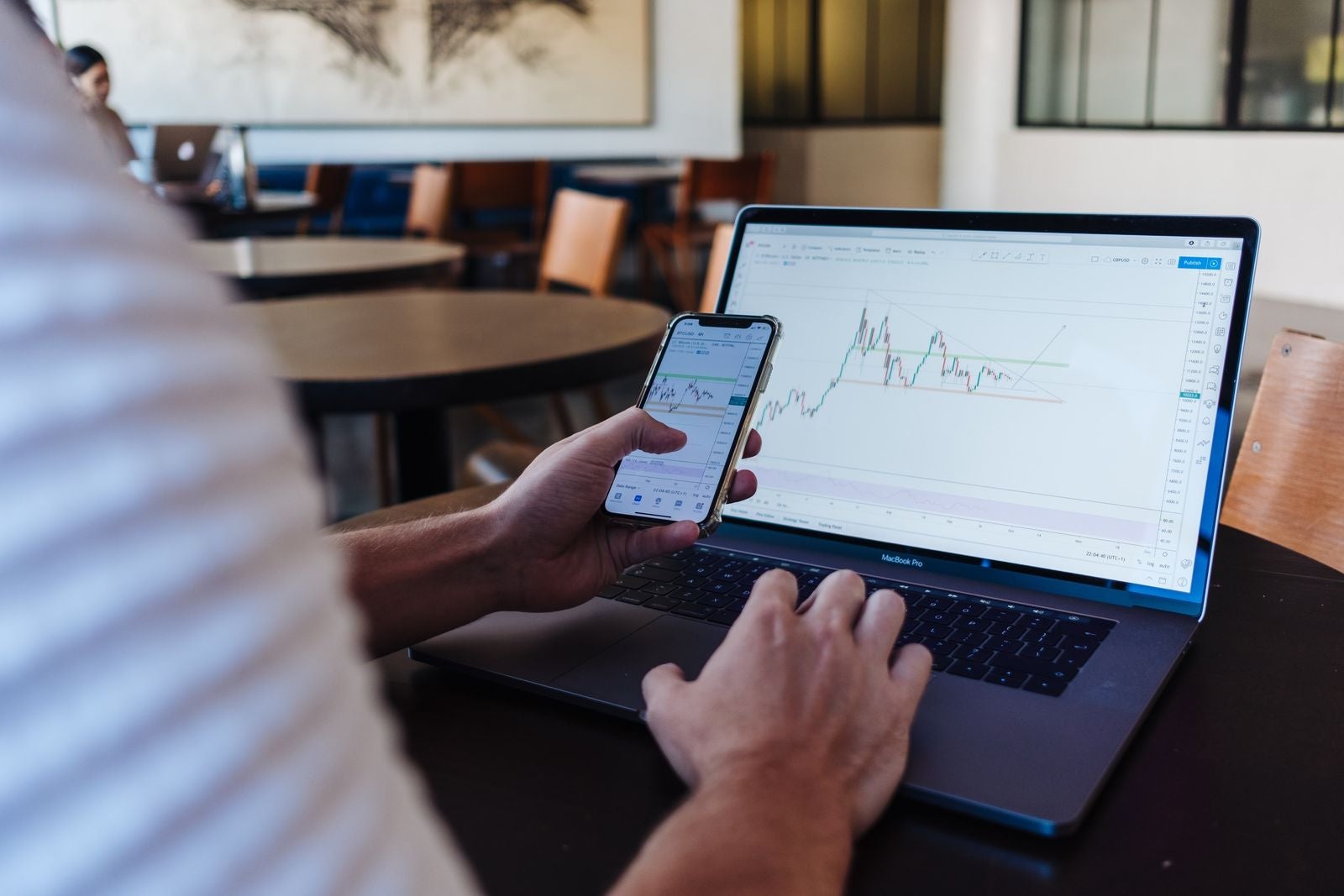 What are the different levels for “market caps”?

Companies are generally categorized according to three different market capitalizations: large-cap, mid-cap and small-cap. Here is what the divisions indicate:

These typically range from $10 billion to $200 billion. These companies tend to be industry stalwarts that have been around a long time, your “slow and steady wins the race” type. In general these companies are considered more stable and thus a less risky investment. You’re not likely to see huge gains in a short period of time, but these stocks generally continue to increase in share value. Large-cap companies can be appealing because they often pay “dividends,” which is a reward in the form of a cash distribution or additional shares of stock, based on the increase in a company’s earnings.

$2 billion to $10 billion. Consider these companies generally as well-regarded players in growth industries. They’re not as established as large-cap companies so they have a slightly higher level of risk associated with them, but can also have the potential for greater growth gains. Keep in mind, though, that mid-cap companies can sometimes be former large-caps that are on their way down, too. So be sure to size up the individual company’s growth potential to determine where it is on its trajectory and why it has landed in this middle ground.

$300 million to $2 billion. These are your scrappy newcomers, either in age or in their specialty; for example, they might cater to a newer or more niche market that has yet to be proven. With less of a track record, these companies have a place in a portfolio that’s a bit more aggressive, as they have a tendency to be more volatile on market swings. They also typically have fewer resources and cash reserves and thus are more sensitive to economic downturns. But, remember that those potential low lows are also often accompanied by high highs as these are the companies that have more capacity to grow.

Anything under $300 million is considered a “micro-cap,” sometimes called a “penny stock.” These are going to be far riskier investments and should be entered into carefully. And, finally, anything over $200 billion is often called a “mega-cap,” with only a few companies, like Apple, Amazon and Facebook, meeting this lofty standard.

Why does market capitalization matter to you?

And here’s where we get down to the really important part: What does this all mean to you anyway?

Your choice of asset classes should always be based on your individual situation—investors with a longer time horizon and greater risk tolerance might find that smaller-cap companies offer them the potential risk-and-return profile they are seeking, while those who are nearer to their final investment goals might prefer something steadier, since they’ll have less time to regain losses resulting from a stock market dip.

While historically the markets have always recovered, it’s impossible to predict how long the “down” might linger. Therefore, if you need that money sooner rather than later—for example, if you are nearing retirement age—you should likely seek out less volatile investments, such as large-cap stocks, which are more likely to retain their value, even in a stock market drop. (Although keep in mind that any investment can lose its value.)

However, as mentioned, a company’s market capitalization purely defines how many shares are outstanding and what they’re worth, not whether its fundamentals are sound. So, while it is one metric to consider, it’s not the only research you should do before deciding to invest. And remember that it’s common for shares to be over- or under-valued since they’re not based on any specific mathematical formula, which means that market capitalization might not accurately reflect a company’s true potential, either positively or negatively.

That’s why you should always make sure to do extensive due diligence before making any investment decisions, ensuring that the individual stocks or broader asset classes you choose align with your financial goals, risk tolerance and time horizon.

(And of course, another option is to leave it to the professionals by using a registered advisor like Acorns. Its portfolios contain a mix of exchange-traded funds with exposure to thousands of stocks and bonds designed to meet your individual goals. You can sign up here. )