The Dow Jones Industrial Average—or “the Dow”—is one of the most influential stock market indexes in the world. An index is a tool used to track and assess market performance, which the Dow does by calculating the value of 30 large, well-established, publicly traded companies, most of which are household names (think: Home Depot, McDonalds and Apple).

Viewed as a barometer for the U.S. stock market and economy at large, analysts around the globe follow and discuss the Dow’s movements. Still, in spite of its notoriety, many people don’t fully grasp how it works. Here, we’ll walk you through what exactly the Dow measures, how it’s created (a group of only five people determine which companies to include) and its impact on your own nest egg.

How did the Dow start?

On May 26, 1896, Charles Dow, the cofounder and first editor of the Wall Street Journal, debuted the Dow Jones Industrial Average. (Charles Dow’s business partner was statistician Edward Jones, although he was not involved in the Dow’s creation.) His goal was to create a bellwether for the industrial sector as a whole, and he relied on a straightforward calculation to do so: He added up the share prices of 12 major industrial companies in the U.S., and divided the total by 12 to find the average price.

Charles Dow computed the average by hand, and the results were published daily in the Journal. In 1923, the job was passed along to Arthur “Pops” Harris. For the next 40 years, Harris worked the numbers to update the Dow hourly until the closing bell (the bell that rings at the end of the day’s trading session). Legend has it that on busy trading days, his hands would get bloody from pulling so much ticker tape off the telegraph. Computers took over in 1963, providing averages in real time. 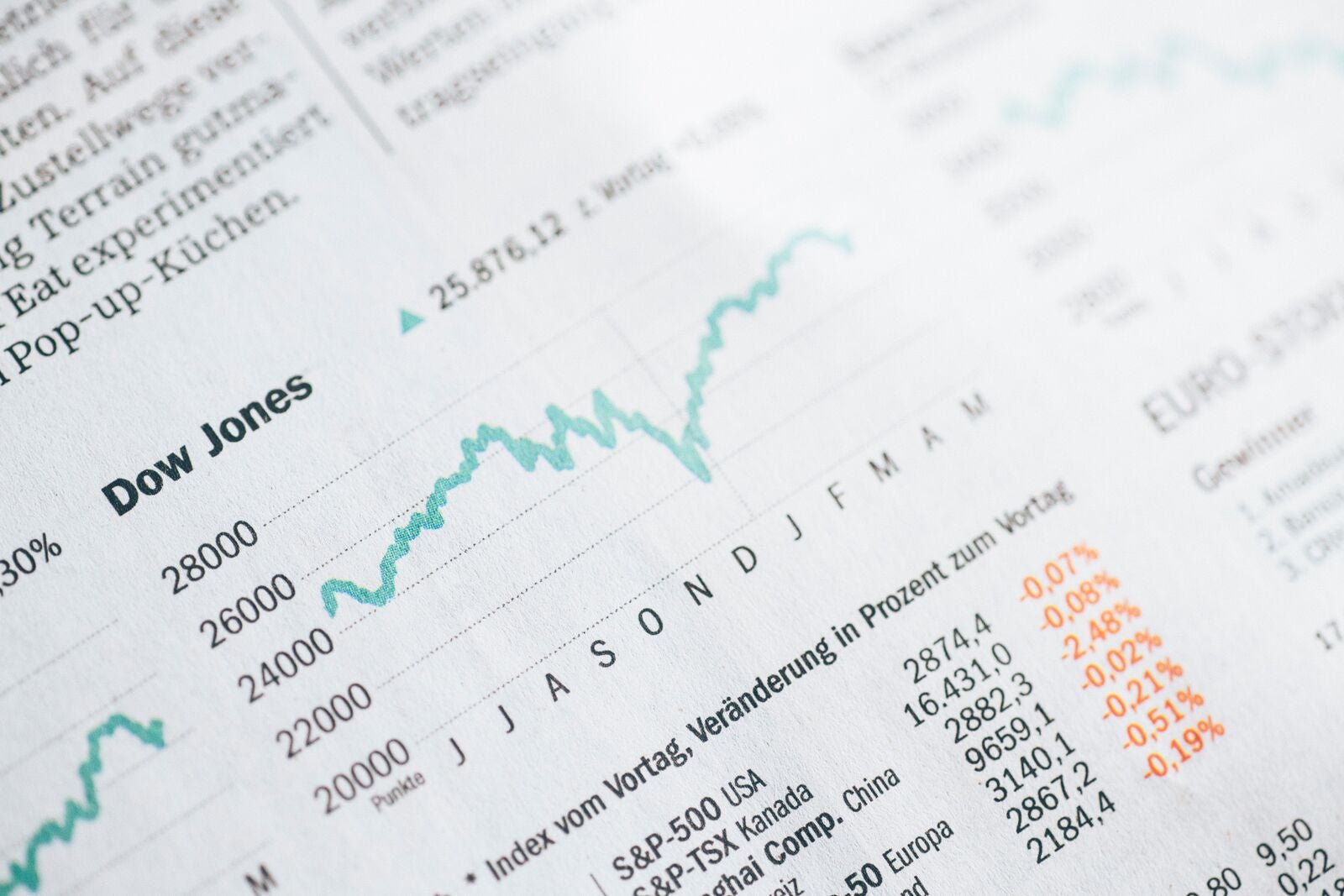 The number of companies in the index expanded from 12 to 20 in 1916, and grew again to 30 in 1928. Today, none of the original constituents are still a part of the Dow—the last holdout, General Electric, was removed from the list last year.

And despite its moniker, the majority of corporations are no longer in the industrial segment. Rather, the Dow aims to represent all industries (other than transportation and utilities, which are monitored by separate indexes); constituents run the gamut from entertainment to tech to consumer goods to financial services. Because it includes heavy-hitters from every area of the economy, the Dow is intended to represent the market at large.

Another important shift occurred in 1928. Averaging was ditched, and the calculation was tweaked from simple arithmetic to a complex equation that accounts for stock splits and spinoffs. The current stock prices of all 30 companies are added up and then divided by a numerical value called the Dow divisor, which is constantly adjusted to reflect these changes.

What does the Dow measure?

The Dow is unique in that it’s a price-weighted index, meaning stocks with higher prices wield greater influence over its movements than lower-priced shares. For example, a price drop or rise in Boeing’s shares—the most expensive, and therefore heavily weighted, stock—has a more significant impact on the index’s outcome than a price shift in Pfizer’s stock, which costs a fraction of Boeing’s.

Since the Dow launched long before the advent of computers (it’s the world’s second-oldest index after the Dow Jones Transportation Average, which began 12 years prior), Charles Dow opted for a price-weighted formula that could be easily calculated with a pencil and paper.

Other indicators, like the S&P 500, rely on a more complicated market-weighted measurement, where the market capitalization of each company is computed by multiplying the number of outstanding shares by the current share price.

Some financial professionals think the S&P is a more reliable gauge of market conditions because the Dow doesn’t account for market capitalization—not to mention that only 30 corporations are included, compared to the 500 that make up the S&P. Still, the Dow’s path closely mirrors the S&P’s.

So when you hear that the Dow is up or down by a certain number of points, what does that mean for investors? Basically, it reflects the average change in stock prices over the course of a given day. So if the Dow is down 98 points when the markets close, that means the average share price has lost value compared to the day before—and as a result, you may be able to purchase stocks for a lower price. Over time, a rise in the Dow indicates a stronger market while a drop suggests a negative outlook.

How are the Dow companies chosen?

You’d think there would be explicit rules and requirements to determine who makes the cut. But the criteria is ambiguous: Constituents must be leading U.S. corporations and members of the S&P.

Surprisingly, just a handful of people ultimately make the call. For more than a century, the Dow was overseen by the Journal, where a team of editors (dubbed the guardians of the Dow) decided which companies to remove or add. In 2012, the Dow joined forces with S&P to form S&P Dow Jones Indices. Now, a five-person committee—three from S&P, two from the Journal—meets at least twice a year to discuss who should remain on the index. Changes are rare—there have been only six alterations in the past decade.

How do you read the Dow?

The Dow takes the pulse of the market’s health on any given day. But studies reveal that fixating on quotidian fluctuations can lead to stress, and reacting to them triggers poor financial decision-making. Instead, take the long view: According to research, the most lucrative investment approach is to buy and hold.

As one of the oldest indexes, the Dow illustrates the wisdom of this strategy: Glance at a graph of its performance during the last century, and it’s clear that the market’s overall trajectory continues to rise.

Can you invest in the Dow?

The Dow averaged a healthy 11.6 percent annual rate of return over the last 10 years, but an index isn’t an investment vehicle. Although you could purchase stock shares of all the Dow companies, doing so would be costly and complicated. A more accessible option is to put money into an exchange-traded fund (ETF) that tracks the Dow and includes all 30 constituents proportional to their weight in the index.

Investing involves risk including loss of principal. This information is provided for educational use only and is not a recommendation to buy or sell any specific security or invest in any particular strategy.