Bull and bear markets are the yin and yang of an investment cycle, two complementary and necessary halves of a whole. In the simplest terms and the most convenient definitions, bear means down while bull means up.

In general, a bear market is widely recognized as a period when major indexes—such as the S&P 500-stock index (which tracks the performance of about 500 large U.S. stocks) and the Dow Jones Industrial Average (which includes 30 of the largest U.S. stocks)—drop by 20 percent or more from a recent peak and stay that low for at least two months.

Since 1926, we survived at least eight bear markets, according to financial advisory firm First Trust. One bear you probably remember all too well: Between October 2007 and March 2009, the S&P 500 tumbled by more than 50 percent.

On March 11, 2020, due to investor anxiety over the coronavirus outbreak, the Dow plunged 5.86 percent (or 1,464 points), sending the index into bear market territory for the first time since 2009. It was a drop of more than 20 percent from February's record high. The S&P 500 and Nasdaq also dipped by 4.89 percent and 4.7 percent, respectively—about 19 percent below their recent all-time highs. On March 12, all three major stock-market indexes ended the day in bear market territory, with cumulative drops of over 20 percent.

The good news is that each bear has typically lasted for just a little over a year, and stocks have always recovered, historically, and gone on to make significant gains.

And what’s a bull market?

Bull markets can be even more loosely defined as periods of consistently rising stock prices. But many people recognize them as the inverse of bear markets, i.e. when major indexes rise at least 20 percent and continue upward without falling by more than 20 percent from recent highs.

Before it entered bear market territory, the U.S.’s most recent bull market saw incredible highs and more than recovered from the bear market of the Great Recession. In fact, from March 9, 2009, the bottom of the Great Recession, to the last high of our most recent bull market, the S&P 500 had risen over 400 percent—more than recovering from its preceding bear-market losses. Translation: If you had $1,000 in an index fund that tracked the index on March 9, 2009, you’d have grown that to more than $4,000 without adding another cent yourself. Not bad, eh? 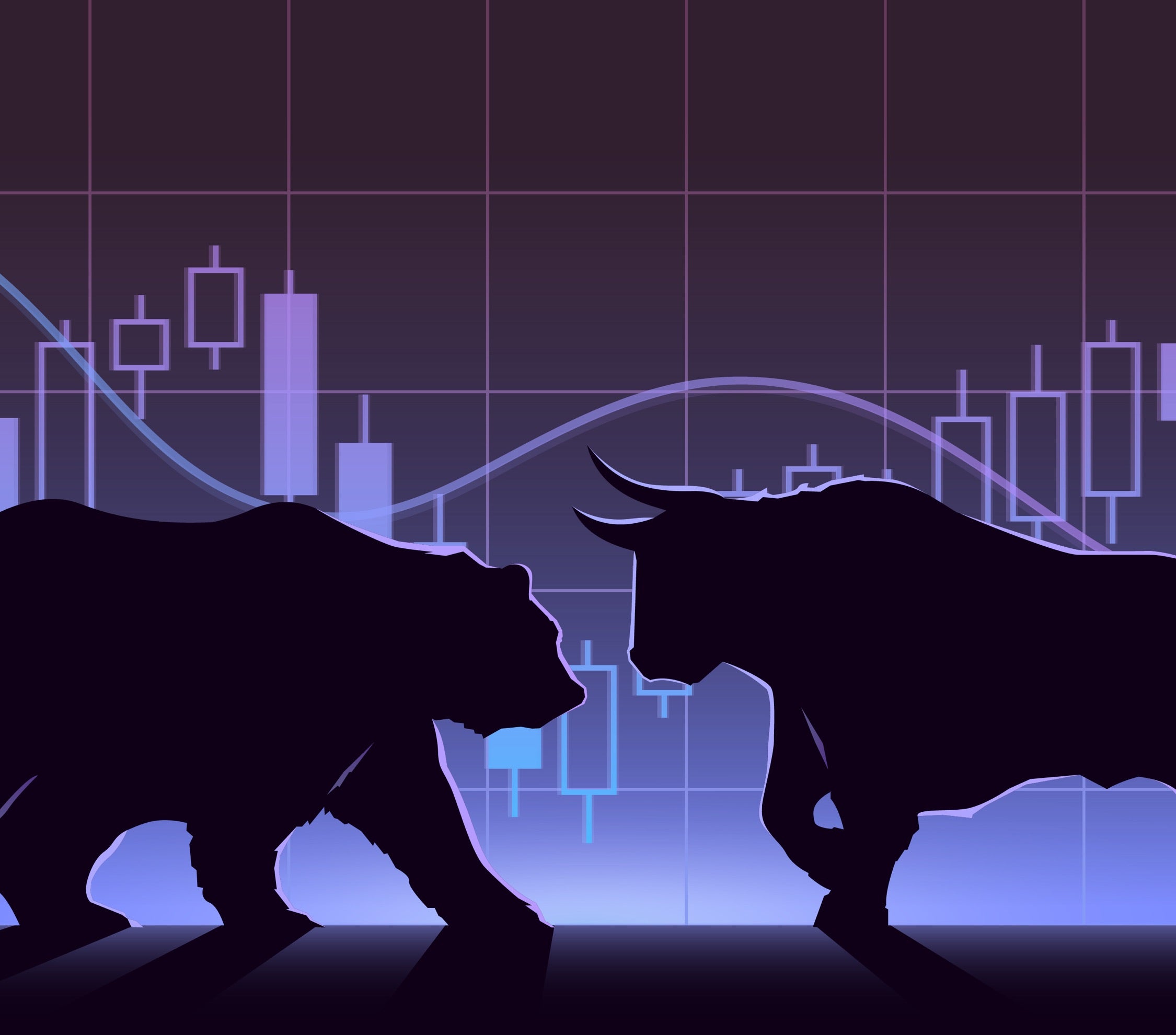 How long do bull markets last?

The average bull market has lasted 6.6 years and gained an average total return of 334 percent.

Most recently, the U.S. stock market was in a historic 11-year bull market. Stock prices rose more than 20 percent in 2009 and continued rising until March 11, 2020, when prices plummeted amid concerns about the coronavirus and falling oil prices.

While it’s impossible to know how long our most recent foray into bear market territory might last, we do know that historically the market has recovered and grown after every downturn and that bear markets generally last much less time than bull markets.

Can you predict when the next bull or bear market is coming?

One thing bear and bull markets have in common is that they’re unpredictable. Even pros who have a good pulse on the market are liable to get it wrong as often as they get it right. After all, nobody can foretell the future, and any number of factors and surprises can throw the market off course.

What does all this mean I should do with my portfolio?

Where we are in the bull-bear market cycle should have little to no influence on your own investing strategy. That should be carefully devised based on your own personal financial situation, including your goals, risk tolerance and time horizon—rather than where you think markets are headed.

That said, market movements shouldn’t necessarily have zero influence on your investing moves. Even if your long-term plans remain unchanged—and you don’t need cash from investments for at least a few years—you still may need to rebalance, as the major stock growth of a bull market, as well as the drops of a bear, can send your portfolio’s asset allocation out of whack. (Acorns does this automatically for customers.)

For example, your financial plan may call for an investment portfolio with a mix that’s 80 percent stocks and 20 percent bonds. But if your stocks make strong gains, as they probably have through this bull market, they’ll account for more of your portfolio. So you may have to sell some stocks and buy more bonds to get back to an 80/20 split.

And maintaining that well-diversified portfolio is clutch when it comes to achieving investing success. With a wide mix of stocks, government and corporate bonds, cash and perhaps other asset types, you and your portfolio can be prepared to make the most of any type of market.

For example, aggressive growth investments, such as small-company and emerging-markets stocks, might capture some big gains during rallies. On the other hand, more conservative holdings, such as investment-grade bonds and Treasuries, should help preserve your wealth during downturns. So having some of each can help ensure you’re ready, come what may. That’s why maintaining a well-diversified portfolio should be a key element of any successful long-term financial plan.