If you’ve just joined the workplace, you may be overwhelmed with all the financial information that’s been thrown at you—and all the choices you’ve had to make. But while you might still be vacillating between HMOs and PPOs as you peruse your health plan options, here is a no-brainer choice to make. Say yes to any company 401(k) plan. Here’s what it is and why it’s one of the most effective options out there for saving for retirement.

A 401(k) is a retirement plan that allows workers to set aside mone directly from their paycheck into an account where it is invested for the long term. A traditional 401(k) account uses “pre-tax” dollars, so you are not paying your normal tax rate on the money that is set aside. The money grows tax-free until you withdraw it in retirement (at which point, the thinking goes, you’ll likely be in a lower tax bracket). Some employers also offer a Roth 401(k), which is funded with after-tax dollars. While you make contributions with money that’s already been taxed, the withdrawals you take in retirement will be tax-free.

In addition, many employers offer a “matching option” to encourage participation—in other words, they will match a percentage of the contributions you make, further bolstering your account at no cost to you.

OK…that is the TL; DR version, but we hope you’ll dive in to find out more about this fantastic savings option.

Most financial vehicles have pretty boring names, don’t they? The 401(k) is no exception and, like many of these vague names, it comes from the part of the IRS tax code after which it was named when it was introduced in 1978.

Tell me more about what makes it so special

As mentioned, you are not paying any taxes on the money that you put it into the 401(k) plan. Many employers also offer a match, and you won’t be paying taxes on any matching funds either. A common matching percentage is your employer putting in .50 for every $1 you contribute up to 6 percent of your income (although they also can give more, up to the limits mentioned below). In that scenario, you are actually saving 9 percent because the employer is kicking in that additional 3 percent.

And, you also aren’t paying taxes as the money accumulates through stock market growth and interest earned on investments.

Of course, we all know only two things in life are certain—and one is taxes. You will eventually pay taxes on the money at the time you withdraw it—but at your then-current tax rate. And since you don’t start withdrawing until you are 59 ½ or later, your tax rate may be lower.

The second part of the 401(k) magic comes from "compounding interest." You can read all about how compounding works here; but, in general, what it means is that as your investments generate interest earnings, you’ll then earn interest on top of that interest. So with each cycle, your account continues to grow exponentially as you earn interest on the interest, again tax-free.

It’s hard to describe what a huge deal that is. But we’ll try…here is an amazing graphic that shows how investing early and taking advantage of compounding growth can help you end up with far more in your retirement fund than someone who started just 10 years later yet contributed far more in total.

Or for another classic example, riddle me this: Would you rather have $1 million or a penny that doubles daily for 30 days? (Hint: Go for the penny since it becomes $5 million. Yep. Check it out.) 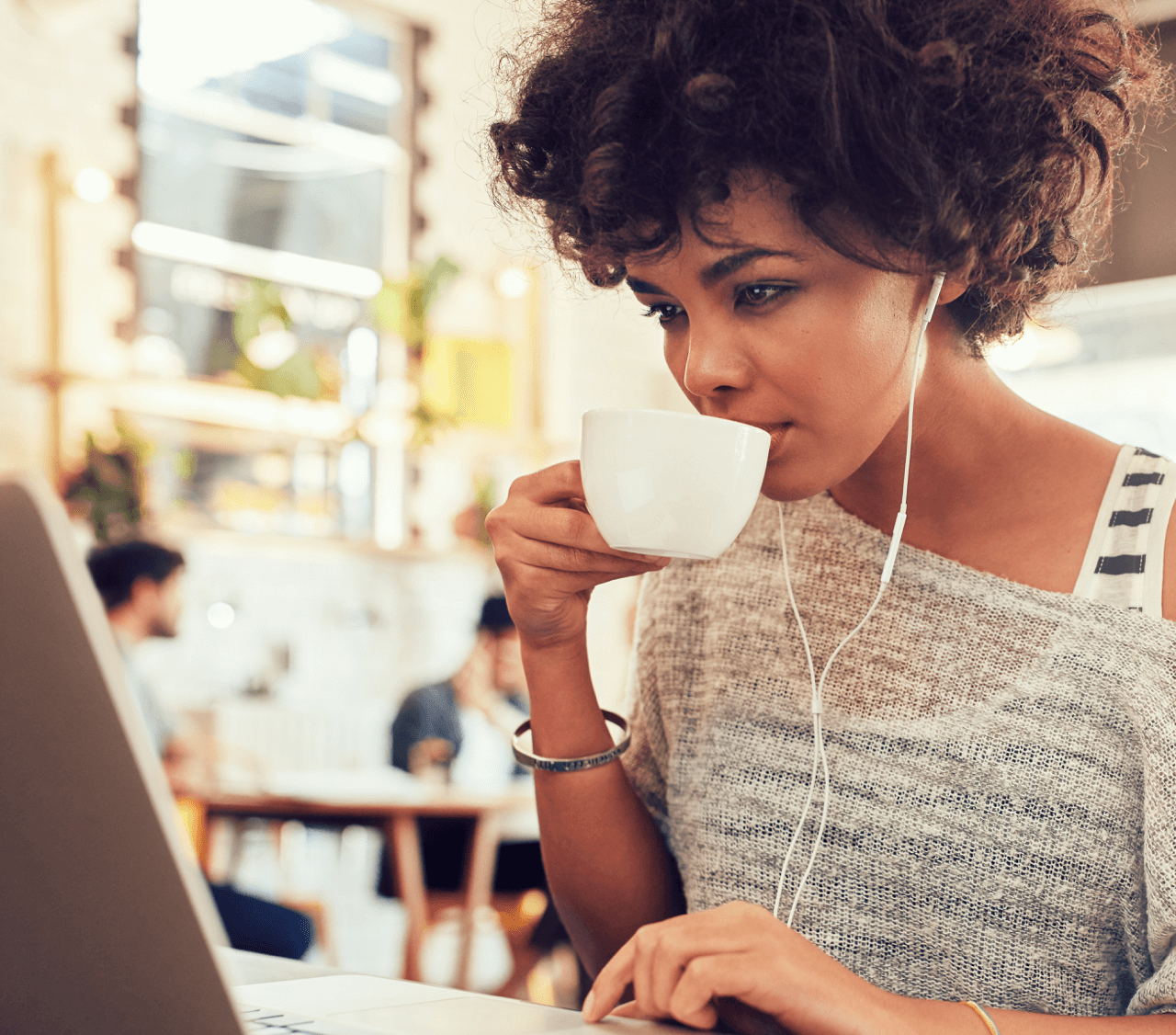 This 401(k) account might sound amazing, and if you’re a super saver, you might decide to defer as much compensation as you can to really build that account. But there are limits on how much you can contribute each year. Federal rules dictate the maximum annual contribution limits: For 2020, employees under age 50 can contribute up to $19,500, while those age 50 or over are eligible to contribute an additional $6,500 (it’s considered an additional “catch-up” contribution to help those who started saving late).

The annual limits apply even if you have more than one 401(k)—for example, if you started one at a previous job, then quit the job during the year and started a new one at your current job.

Some companies might have their own rules, as well, and there’s one other aspect that might cap your contributions. The IRS puts some additional limits on “highly compensated employees.” HCEs are those who either made more than $120,000 in the preceding year (as of 2018) or owned more than 5 percent of the interest in the business. Some companies can add another layer, and designate someone as an HCE if they were in the top 20 percent of employees as ranked by compensation. These HCEs can only participate to the full extent depending on the participation of non-HCEs—there’s a formula that is based either on how many non-HCEs participate or how much they contribute. That’s because the IRS wants to ensure that 401(k) aren’t just a haven for the wealthy and that employees at all levels are able to participate.

If you are in a position to save more than you are allowed in your 401(k), you can look into additional retirement savings options, such as a traditional IRA or a Roth IRA.

When do I get the money?

So here’s the deal…when you commit to a 401(k), you are essentially saying that you are putting the money away until you turn 59 ½. That’s the earliest you can withdraw money without incurring penalties, and then you have to start taking mandatory withdrawals at age 72. (This calculator will show you how much you must take out.) Remember you’ll be paying taxes at your then-current rate, which ideally is less than your rate now.

If you try to take the money out earlier, not only will you be hit with a 10-percent penalty on any money you take out before that magic age of 59½, but you’ll also pay regular income taxes on the money you withdraw, which can be a big bite. So remember that putting money into a 401(k) is different than a savings account in that way, but come retirement, you’ll be glad you stuck it out.

You also can’t liquidate your 401(k) just because you have gone to a new job. In that situation, you have some choices with what to do with the account: Typically you are allowed to leave the 401(k) where it is with your previous employer, or you can “roll it over” to your new employee’s plan or an IRA.

In some cases, you might not be able to take the entire match if you leave your job; some plans require you to “vest” which means that your employer wants you stay a certain number of years before you take the money and run. For example, if your company has a four-year vesting schedule, then you receive 25 percent of the employer match after the first year; then 50 percent after two; 75 percent after three; and at your four-year anniversary, the entire employer match is yours.

We thought you’d never ask. If you aren’t currently contributing to a 401(k), get to your HR department pronto. Some companies automatically enroll you, but otherwise, they can help you set up your paycheck so that a certain amount—either a specific dollar figure or a percentage of your salary—is diverted to your 401(k). If you’re automatically enrolled, you’ll probably want to up your percentage. Since the money comes out of your paycheck before you even see it, you won’t be tempted to reallocate the money to your vacation or shoe fund.

HR will let you know who your company’s “administrators” are, that is, the folks who actually invest the money for you. Your 401(k) doesn’t just go into one big pool; you’ll need to choose which funds to invest in, from among the various options your 401(k) administrator offers.

Ask as many questions as you need to make sure you designate a fund that is a good match for your financial goals and your appetite for risk. For example, some are designed to be more aggressive, where the fund manager typically invests more in stocks, which might have more risk, but potentially more reward. Other funds are more heavily weighted toward bonds, which are more stable and are less likely to have big fluctuations—but which tend to have smaller returns. Your administrator can walk you through your choices and show you how to pick one, as well as how to monitor it and potentially move funds if needed. And don’t forget to look at the fees—ideally they should be under 1 percent.

Then, remember to keep increasing your savings as your salary increases. Small amounts can end up making a huge difference over your lifetime.

You may feel like you can’t afford to save, but the truth is that you can’t afford not to save…especially if your employer offers a match; at the very least, you want to contribute at least up to that. A 401(k) might sound too good to be true—offering a tax break and tax-deferred compounding, and often even free money in the form of a company match—but it’s not.

It’s never too late, and certainly never too early, to think about your financial future. Starting to fund your 401(k) can be the secret to a blissful retirement.

Investing involves risk including loss of principal. This article contains the current opinions of the author, but not necessarily those of Acorns. Such opinions are subject to change without notice. This article has been distributed for educational purposes only and should not be considered as investment advice or a recommendation of any particular security, strategy or investment product. Information contained herein has been obtained from sources believed to be reliable, but not guaranteed. Acorns does not provide legal or tax advice. Please consult your tax and/or legal counsel for specific tax or legal questions and concerns.