In order to stop the spread of the Coronavirus pandemic (COVID-19) currently gripping the United States, strict social distancing protocols have been put in place around the country. The goal? To reduce how often people interact with each other, limit the number of new cases that develop, and flatten the curve of infection so that our healthcare system can continue to function efficiently.

The good news is that it seems to be working, with fewer cases developing in hotspots like New York City, which have seen the worst of the pandemic. The bad news is that it’s come at a significant economic cost.

In just three weeks, the United States shed 16 million jobs, or roughly 10 percent of its workforce. And those numbers are expected to grow in the coming weeks.

But not all of these job losses are the same. Some workers have been laid off by their employers, while others have been furloughed. Though these two terms are sometimes used interchangeably, they have different implications for the affected workers.

Below, we define both layoffs and furloughs and highlight the key differences between the two terms that you need to know.

What is a layoff?

The term layoff refers to when a company dismisses an employee (or group of employees) through no fault of their own. A laid off worker is dismissed not due to poor performance, but due to economic conditions outside of their control. If a business cannot afford to continue paying its employees due to reduced demand or other economic factors, layoffs usually result.

Historically, layoffs were often temporary in nature, similar to furloughs (below). For example, if a factory entered an off season where demand for a product was reduced, it might lay off a percentage of employees, removing them from its payrolls. When demand picked back up, the factory would rehire any of those workers who had not found work elsewhere and wanted to return. When the term is used today, it more often than not refers to a permanent removal, and is also known as a reduction in force (RIF).

A layoff lasts for an indefinite period of time. Though, as mentioned above, a laid off worker might be rehired should business pick up, no timeframe is given for when this might happen, and there is no guarantee that it will actually happen.

What is a furlough?

A furlough is a period in which a worker is not allowed to work and, therefore, does not receive pay. It is essentially a mandatory, unpaid leave of absence, typically with a start date and an end date. Although with the uncertainty surrounding the coronavirus pandemic, many furloughed workers are unsure when they will go back to work. Depending on the severity of the need, a furlough can either involve total suspension of work (where an employee does not work at all during the furlough period) or a reduction in hours. They may continue to retain benefits.

If economic conditions do not improve, a furlough can turn into a layoff or reduction in force.

Furloughs have become exceptionally common during this pandemic, as employers who are unable to pay their employees seek to keep them on the payroll so that they can quickly ramp up production once the crisis ends. 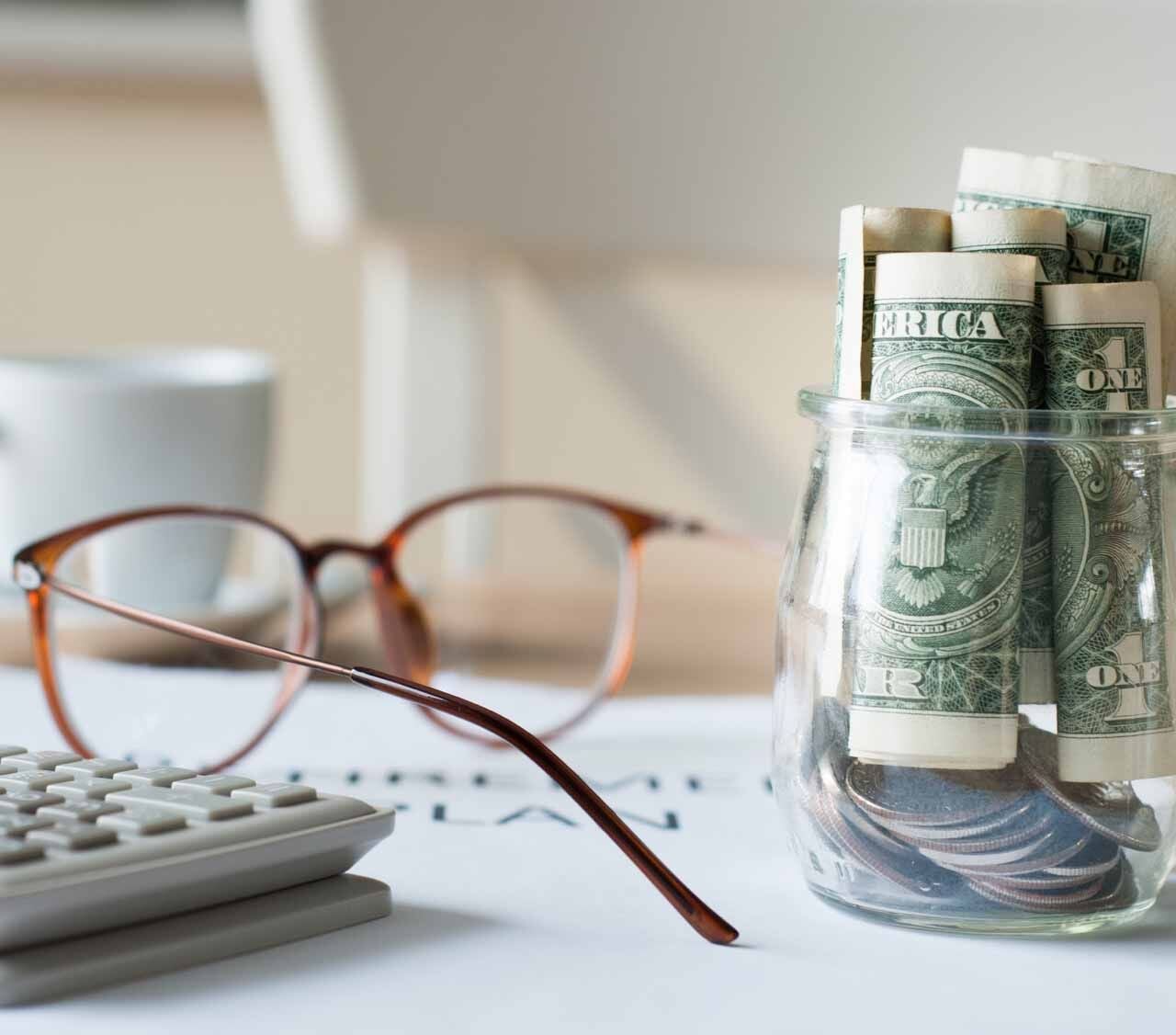 When a worker is laid off, they are officially removed from the company’s payroll. As they are no longer considered an employee, this will typically trigger any severance agreement which is in place. This means that a laid off worker will receive their final paycheck, severance pay, and payout for unused, accrued vacation time.

Because a furloughed worker is still technically considered to be an employee of the company, the furlough does not typically trigger a severance agreement, and final pay, vacation payout, and severance pay are not disbursed. That being said, in certain states, furloughed workers may be entitled to severance, so it’s important to understand the laws of the state in which you are employed.

Workers who are laid off own any funds that they have contributed to their company-sponsored retirement account, such as a 401(k), and can choose to either leave the money in the plan it is currently invested in, or roll it over into another account like an IRA. Whether or not a laid off worker is entitled to any funds contributed by the employer will depend upon whether the funds have vested, which typically happens after the employee has been with a company for a certain number of years. Any unvested portion of funds will return to the employer.

Because furloughed workers are still technically employees of the company sponsoring their retirement plan, they are considered active participants, and do not need to take any action. If the furlough results in a lay off, or the employee otherwise decides to seek employment elsewhere, they can then take actions to roll over the funds if they so desire.

The Consolidated Omnibus Budget Reconciliation Act (COBRA) is a law passed in 1985. While it implemented a number of policies, one of the most well-known is that it enables some employees who have been terminated from their job to continue receiving health insurance coverage under their existing plan if they choose to do so. If a worker opts into COBRA coverage, they are required to cover all of the costs associated with the plan, as well as a small administrative fee.

Workers who are laid off are typically eligible for COBRA coverage. Similarly, a worker who is laid off may have the option to continue paying to receive the same life insurance coverage that they received while employed.

A furloughed worker, on the other hand, will often retain access to any health, vision, or dental insurance that they enjoy as an employee, as well as company-sponsored life insurance or other policies. Ultimately, though, this will depend on the employer. Depending on your state, a furlough may trigger COBRA eligibility.

Each state manages its own unemployment insurance program, which entitles them to set their own eligibility rules for who qualifies. That being said, typically both workers who have been furloughed and those who have been laid off are entitled to receive unemployment benefits, so long as they have met the minimum requirements for wages earned and time worked during the previous year. Some states require those who receive unemployment benefits to be actively searching for a new job, which can disqualify some furloughed workers not seeking a new job.

In the event that a furloughed worker is still working, but under reduced hours, they are typically allowed to claim partial benefits.

The Impact of Coronavirus Stimulus on Furloughed and Laid-Off Workers

The Coronavirus Aid, Relief, and Economic Security (CARES) Act, passed to support the economy in the wake of the pandemic, includes a number of provisions that affect both furloughed and laid-off workers.

The CARES Act has substantially expanded eligibility to unemployment insurance programs, including those who are gig workers, self-employed, and freelancers. Part-time workers and furloughed employees are likewise eligible. Similarly, though many states require that recipients be actively seeking work while receiving benefits, many states have waived this criteria due to the pandemic. Additionally, many states have waived their mandatory waiting period, allowing individuals to submit claims much more quickly.

Each state calculates the amount that an individual will receive from unemployment in its own way, but the amount of benefits received will typically equal roughly half of the worker’s regular weekly earnings. Under the CARES Act, recipients will also get an additional $600 each week on top of what they would normally receive.

Like pay, each state determines how long an individual can receive unemployment benefits, but the average is around 26 weeks. The CARES Act essentially extends this by 13 weeks, to a total of 39 weeks of aid.

If you carry federal student loans, the CARES Act also brings a number of powerful benefits that can help you get through the pandemic. Monthly payments are not required on federal student loans through September 30, 2020; interest is waived during this time; and debt collection on defaulted loans is suspended.

If you’ve been laid off or furloughed due to the Coronavirus pandemic, it’s only natural to feel scared, worried, and uncertain about what will happen the next few months. The good news is that there is a safety net in place to help you get through this difficult time. Unemployment benefits are available to both furloughed and laid off workers; your best bet is to submit your claim as soon as possible to help you avoid blowing a hole in your budget.