Economic news was a lot more fun to follow when we were rejoicing over unemployment lows and stock market highs. Ah, early 2020, how we loved you. But, sorry, folks, the party’s over in most places as the economy has been gutted, leading to massive job losses, shuttered businesses and a turbulent stock market.

While there are some sectors that are traditionally recession proof, many sectors are in for bleak news. If you’re currently job hunting or continuing to invest during this recession (fist pump!), there are some industries to be wary of as the economic crisis deepens, which we share below. But, first let’s take a quick look at the economy today to see what we can expect.

The National Bureau of Economic Research (NBER) identifies a recession as “a significant decline in economic activity spread across the economy, lasting more than a few months, normally visible in GDP, real income, employment, industrial production and wholesale-retail sales."

That broad-based definition is more inclusive of a variety of factors than the “official” definition you might have heard, which is “two or more consecutive quarters of a negative growth rate of gross domestic product (GDP).” We can’t argue that we don’t need to wait for the end of the second quarter to know that the economy has cratered.

Are we in a recession?

Economists sometimes point to any downturn as a recession, but by any measure it’s safe to say that the U.S. slipped into a recession in the spring of 2020, especially if we use the definition espoused by the National Bureau of Economic Research.

Which industries are most affected by a recession?

Who’s feeling the most pain and where might it linger? Given the current climate, it’s not hard to guess which industries are among the hardest hit, partly because of consumers’ dwindling income, but also because of shelter-in-place restrictions. Even as those are lifted, we are looking at social distancing and other potentially onerous precautions for the foreseeable future.

Let’s take a look at some sectors that have historically fared poorly in a recession and where demand might be particularly weak this time around.

Typically most people cut discretionary items from their budgets in a recession, which leads to downturns in almost every sector of retail—with the exception of discount purveyors, big box stores and anything related to DIY. And this time around, many brick-and-mortar stores that were already in a slump prior to the pandemic may stay closed for good. 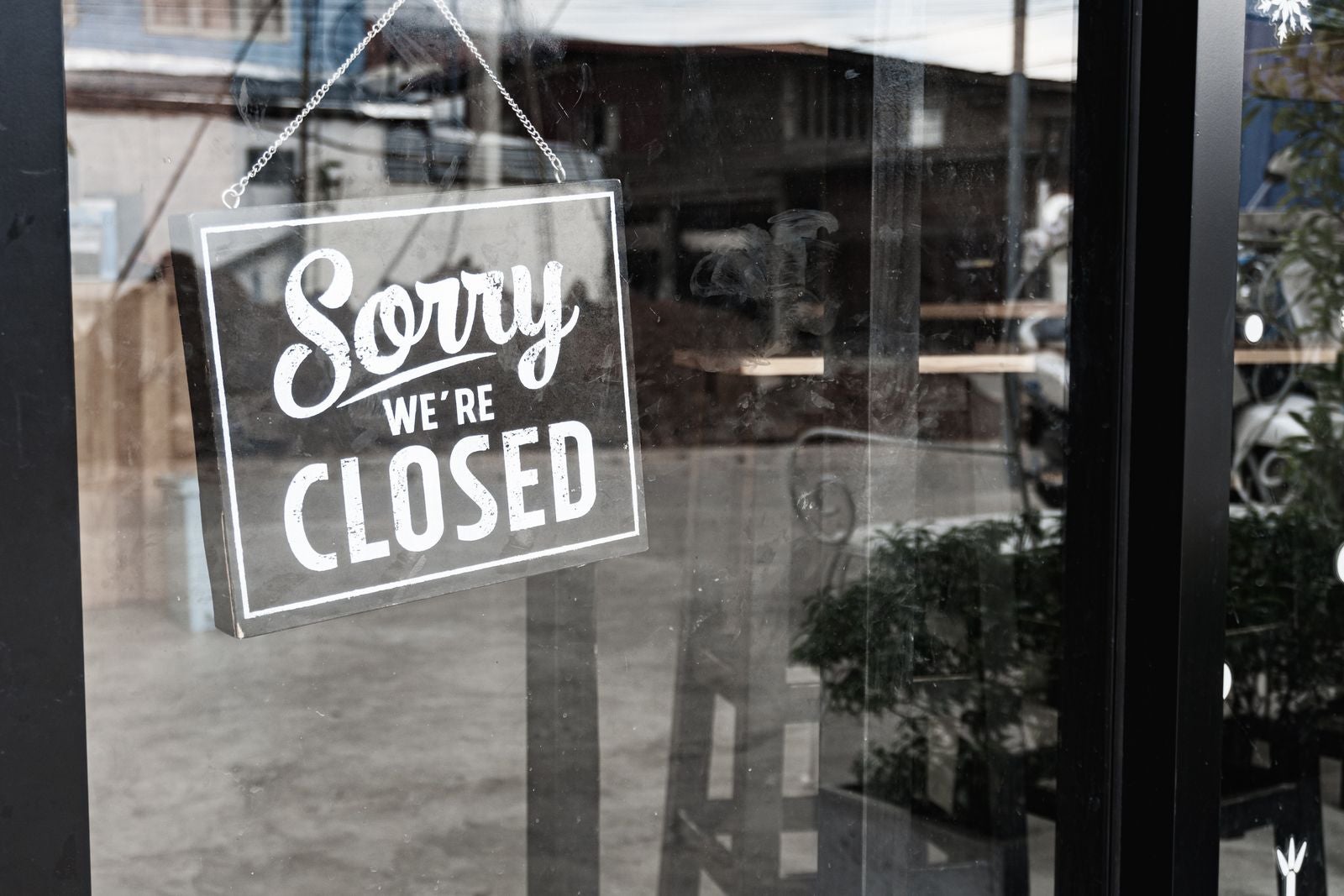 While many restaurants have pivoted to takeout and delivery, even those that have mastered the concept are barely hanging on. And when restaurants are officially reopened, the combination of the public’s reluctance to venture out and drastically reduced capacities could cause restaurants to suffer reduced revenue for some time to come.

In April 2019, more than 2 million travelers passed through U.S. airports every day. A year later, air travel had dropped by more than 95 percent, with some days seeing fewer than 100,000 air travelers across the country. It’s hard to say when those numbers might rebound. A recent survey by Longwoods International, a market research firm focused on the travel industry, found 82 percent of Americans had changed their travel plans for the next six months because of the coronavirus. And travel plans even further in the future may be disrupted or delayed if the coronavirus is still widespread and a treatment and vaccine have not been found.  Airlines, in particular, will bear the brunt of social distancing protocols as it’s likely consumers will continue to be wary of flying with strangers.

While these sectors have been hit particularly hard today, they usually don’t fare well in any recession. Adding to the misery are the cancellations of industry events and conferences, as well as social events like weddings and graduation parties, which make it hard to see these industries rebounding anytime soon. Movie theaters, casinos and other venues that often draw large crowds are also suffering.

From hairstylists to personal trainers, many service providers are currently furloughed or out of a job. While pent-up demand might create an initial widespread rebound, expenditures could wane as consumers reassess their disposable income in the event their income has decreased or disappeared in the downturn.

Eventually, most recessions plunder the housing market, which involves real estate agents, mortgage lenders and everything connected to construction, from workers to suppliers. Commercial real estate could also dip as office workers continue to social distance and possibly embrace remote work for the long term.

While some types of products could see a surge in demand, many others could take a beating as supply chains crumble and demand for goods slows. Output could also be threatened by the need for social distancing.

How is the 2020 recession different?

When considering the next moves you should make—whether related to employment or investments—it’s important to note that this recession is different than previous ones in that there’s not an underlying economic issue that’s affecting the economy. In fact, mere weeks before the devastation began, unemployment was at a record low, complemented by a stock market at a record high.

But as the pandemic hit the United States, multiple sectors of the economy were crippled almost simultaneously as businesses closed at an unprecedented rate. And while most job slowdowns create a domino effect, it has been particularly acute as sectors such as restaurants closed in droves, affecting not just owners, cooks and servers, but everyone from marketers to produce suppliers. That could mean that many traditionally resilient industries are hurting for awhile.

Furthermore, the focus on “essential” functions underlies much of the pain since the coronavirus pandemic caused closures in a number of industries that otherwise might not have felt the crunch.

While it’s hard to predict which sectors might be spared or what regions might revive first, it’s important to continue taking steps to help protect yourself against recession-inflicted damage. Now’s the time to ruthlessly review your budget and bolster your emergency fund and maybe even consider a side gig.

Should a recession affect how you invest?

So…after that deluge of doom-and-gloom, let’s look to some good news. Even if your current portfolio is in tatters, that doesn’t dictate a dismal future. Here’s a fact to cling to: Despite the severity of any past downturn, markets have always recovered, and in many cases, they have seen a monster rebound.

So while it’s important to take some defensive measures, ditching a commitment to diligent investing could be the worst thing you could do. After all, while we are living through our share of pain, you want to avoid extending it by making moves now that you are liable to regret in your future.

Here are some steps you can take to maintain your investment discipline:

While the health and financial scars of COVID-19 may linger for longer than we’d like, eventually they will fade. It’s smart to prepare now for a future where a stronger job market and stock market awaits.