What do an investor trying to decide whether or not now is a good time to buy stocks, a wannabe first-time homeowner shopping around for a mortgage, and a business owner considering taking out a business loan all have in common? All three of them can be seriously affected by the decisions of the Federal Reserve.

What is the Federal Reserve?

The Federal Reserve (also called The Fed) is the central Bank of the United States. Founded by Congress in 1913, it uses a number of different levers to promote a healthy and stable national economy.

Technically, the Federal Reserve is a “system” comprised of three features:

Members of the Federal Reserve Board are appointed by the president, confirmed by the Senate, and held accountable by Congress. The current Chairman of the Board is Jerome Powell, who was sworn into office in February 2018. His most recent predecessor was Janet Yellen.

Though its members are appointed by the president and confirmed by the Senate, the Fed is considered an independent agency of the government. This is because, though it must work towards achieving the nation’s official monetary policy, the specific actions it takes to reach these goals do not need to be approved by either the president or Congress.

What does the Federal Reserve do?

The Federal Reserve performs a number of key actions that are broadly designed to manage and influence the economy of the United States. Referred to as monetary policy, the Fed uses these actions as tools to achieve its dual mandate of keeping inflation in check (currently a target inflation rate of 2 percent) and maximizing employment (currently maintaining unemployment around 3.6 to 4.5 percent), as well as regulating long-term interest rates.

The Federal Reserve requires that banks (and other financial institutions under its jurisdiction) hold a certain amount of capital in reserve. When a bank does not meet its reserve requirements, it can borrow money from other banks on an overnight basis in order to meet those requirements. The interest rate that banks charge each other for these loans is the federal funds rate.

When the economy is growing at a healthy pace, the Fed will often raise the federal funds target rate, effectively raising interest rates across the nation. This is typically driven by the goal of keeping inflation in check.

For example, in order to combat runaway, double-digit inflation the country faced in the late 1970s and early 1980s, the Federal Reserve raised the federal funds target rate to all-time highs of approximately 17.6 percent in April of 1980 and 19.10 percent in Jun of 1981.

On the other hand, when the economy is shrinking or when growth has stalled, the Fed will often lower the federal funds target rate. This makes debt cheaper for both consumers and companies, encouraging them to borrow money and grow the economy.

A recent example of this can be seen in the Fed’s 2008 decision to cut interest rates to a historic low of 0.25 percent in order to stimulate the economy and fight the effects of the recession.

The FOMC makes decisions around interest rates (and other monetary policies) during the eight meetings that it holds throughout the year.

2. The Fed supervises and regulates banks

In addition to setting the federal funds rate, the Federal Reserve also plays a key role in monitoring and regulating the health of the nation’s banks and financial institutions and financial markets. This supervision is primarily achieved through the actions of the Board of Governors, which sets guidelines, regulations, and policy for banks to follow. These guidelines are often established in regard to new laws.

Banks are subject to reserve requirements (a percentage of deposits that a bank or financial institution must hold as reserves) and regularly undergo stress tests that simulate how the institution would fare during an economic downturn. Any bank that fails its stress test must take actions to correct its financial health.

In addition to monitoring individual banks and financial institutions, the Fed also regularly monitors the health of the national economy as a whole.

The Federal Reserve performs a number of key functions that are designed to enable a safe, efficient, and stable national payment system, which in turn allows for various financial transactions to take place.

The four primary ways that the Fed achieves this are by:

4. The Fed maintains the general stability of our financial system

All of the tactics described above are ways that the Federal Reserve promotes a stable financial system in the United States. There are, though, additional levers that the Fed can pull in times of financial uncertainty. For example, the Fed can: 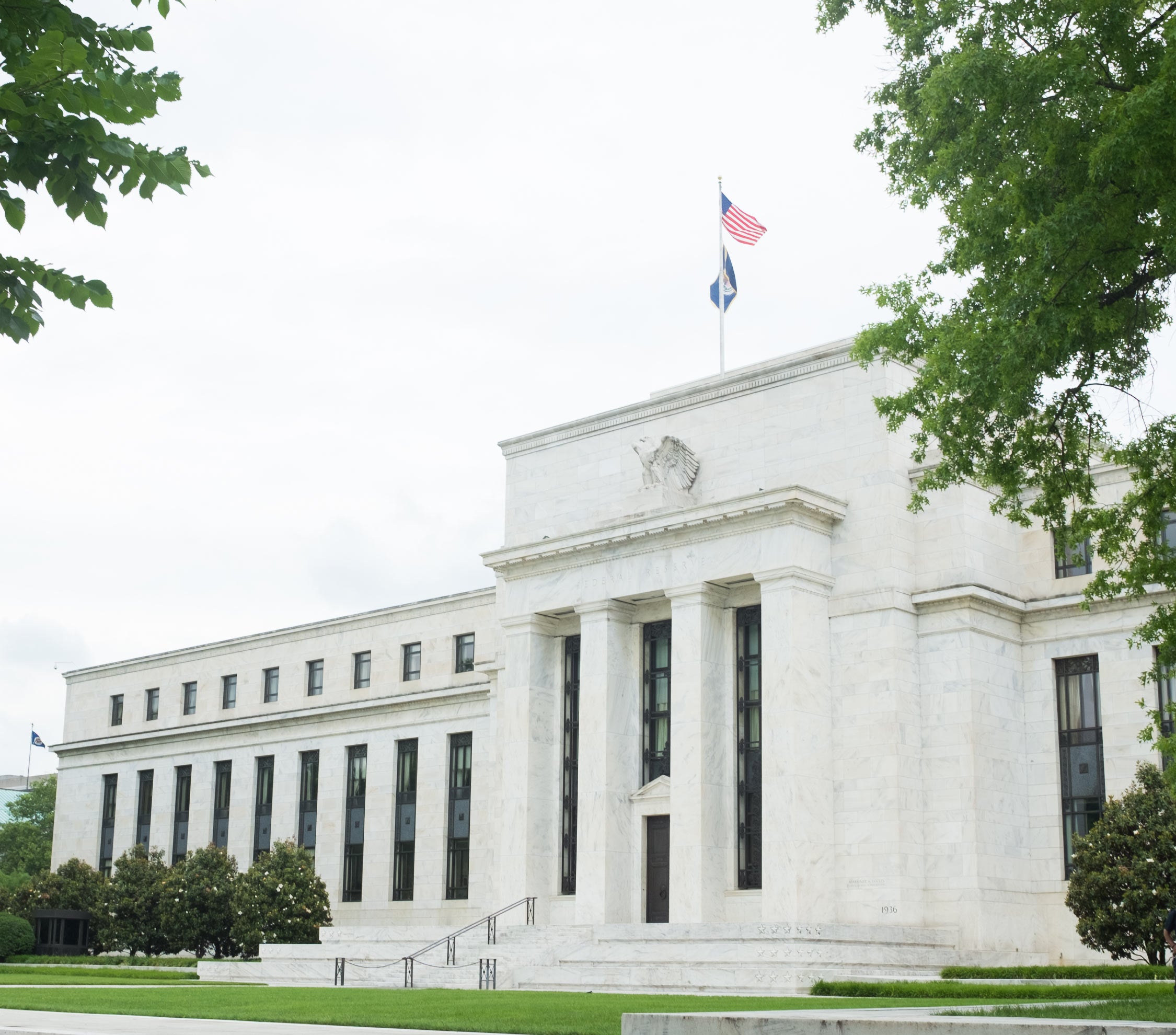 Why is the Federal Reserve so important?

By performing all of its various duties—setting interest rates, supervising and regulating financial institutions, providing national payment services, and maintaining the stability of the nation’s financial system—the Fed plays a crucial role in preserving the health of the economy, especially during periods of economic crisis.

But even during periods of economic growth, the actions that the Federal Reserve takes (and the actions it doesn’t take) can have a real, meaningful impact on your day-to-day life. Some of these impacts, such as higher or lower consumer interest rates caused by changes to the federal funds rate, are direct; others, such as fluctuations in stock prices, are indirect.

How does the Fed affect interest rates?

That’s because when the Fed raises this rate, borrowing money becomes more expensive for the bank. In order to recoup these costs and remain profitable, banks will pass on the cost to the end consumer in the form of higher interest rates on loans like mortgages, private student loans, credit cards, and auto loans. At the same time, they may offer savers higher interest rates on money held in savings accounts.

Conversely, when the Fed lowers rates, it becomes less expensive for a bank to borrow money—savings which are generally passed along to the consumer in the form of lower interest rates on debt. Unfortunately, this also typically translates into lower interest rates for savings as well.

How does the Fed influence the stock market?

The actions that the Federal Reserve decides to take (or not to take) offer investors an insight into how healthy they believe the economy is performing. That’s why many investors study the Fed and try to anticipate its actions.

When the markets expect the Fed to do one thing, but the Fed does the opposite, it can cause uncertainty and lead to stock market sell-offs or rallies.

Additionally, changes to the federal funds rate can influence the stock market and bond market.

For example, higher interest rates can cause a negative impact on the stock market, for two reasons. On the one hand, higher interest rates make it more expensive for companies to borrow money, which can negatively affect their earnings and cause their share price to fall. On the other hand, when interest rates rise, the interest rate offered by newly issued government bonds will also rise. These higher rates may make owning bonds a more attractive proposition for some investors, especially when paired with the relatively lower risk offered by bonds. If a large enough percentage of investors make the switch from stocks to bonds, it can cause stock prices to drop due to overselling.

Lower interest rates, meanwhile, make it less expensive for companies to borrow money and expand, which often attracts investors and buoys share prices. At the same time, interest rates on newly issued government bonds will decrease, and may spur some bond investors to move their money into stocks in pursuit of higher returns.

How does the Fed affect employment?

When the Fed lowers the federal funds rate, banks and other financial institutions typically react by lowering the interest rates that they charge consumers. This includes business loans and other forms of credit that businesses rely on.

This can directly reduce the unemployment rate by making it easier (and cheaper) for a business to invest in and grow their company. Companies use that credit to either hire more workers themselves, or to make other purchases and investments that cause other businesses to need to hire more workers.

A lower unemployment rate can also cause wages to rise. Because a greater percentage of workers who want jobs have jobs, companies often need to offer increased pay to compete for and attract the workers that it needs.

Though many of us never stop to think about the role that the Federal Reserve plays in stabilizing our economy, its actions and inactions impact our daily lives—affecting everything from how much we pay on our debt, to how much we earn on our savings, to how well our investments perform, and much more.