In a nutshell, the gross domestic product (or GDP) is the dollar value of all the goods and services produced in a country. And in one way or another, the GDP is often used as an indicator of economic health.

How is GDP measured?

In the U.S., the Bureau of Economic Analysis (the research arm of the Department of Commerce) handles the number-crunching to figure out our GDP. The most common method used counts:

The BEA runs and releases that calculation quarterly and revises numbers, as necessary, each month.

What does GDP say about the economy?

Plenty. Typically, if you hear people talking about the size of the economy (like political pundits, your econ teacher or the guy you’re avoiding at the office holiday party), they mean GDP. The bigger the GDP, the bigger the economy, and the bigger that country’s influence on the global economy.

How big is big? In 2018, the largest economy in the world weighed in at a GDP of $20.5 trillion, according to the World Bank. Guess who takes that top slot? That’s right. U-S-A! U-S-A! The next largest economy belonged to China with a GDP of $13.6 trillion. Japan, Germany, and the United Kingdom rounded out the top five with respective GDPs of about $5 trillion, $4 trillion, and $2.8 trillion.

Of course, countries with bigger populations have an advantage when it comes to productivity. So a fairer way to compare GDP between countries (or smaller slivers of the population, like between states or cities) would be to use GDP per capita, which divides GDP by the number of residents. By that metric, the U.S. slides down to the 9th largest country (based on 2018 data) with a GDP of $62,641 per person, according to the World Bank. Luxembourg had the highest recorded GDP per capita in 2018 at $114,341.

All of the above numbers are nominal GDPs, meaning they’re in current dollars, which means they don’t take into account inflation. So if inflation is particularly high one year, nominal GDP would jump, but not because production actually spiked.

Real GDP, on the other hand, adjusts the dollar value for inflation. The BEA calculates real GDP by using a base year (currently 2012) and dividing out inflation for each year. And the ratio of nominal GDP to real GDP is called the GDP deflator, which can be used as a measure of inflation. 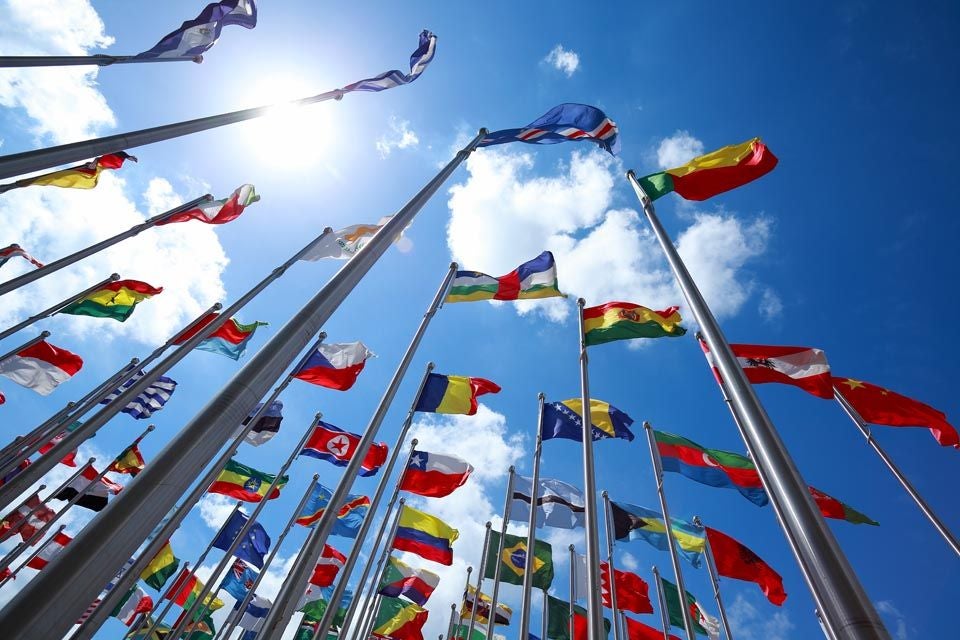 Why does real GDP matter?

Because size isn’t everything. Some consider how much the GDP grows in a given period to be a better way to show economic prosperity. That’s referred to as the GDP growth rate. And in order to compare the GDP from quarter to quarter or year to year fairly, you need to use the real GDP (rather than the nominal GDP) so that inflation is not mistaken for an increase in productivity.

Good question. A positive growth rate is generally considered the right direction. After all, an increasing GDP indicates a growing economy. The ideal number, though, may be up for debate. Some say that between 2 percent and 3 percent is the sweet spot, noting that the Federal Reserve, our country’s central bank, would tend to lower interest rates in response to growth slower than that and raise rates if GDP is growing too fast.

And certain economists argue that expectations for GDP growth should be lowered to a “new normal.” That’s in part due to the labor force’s changing demographics. Back in the 1970s, the huge baby boomer generation was just entering the workforce, as was a stampede of newly empowered women. That lent itself to an average 3 percent annual GDP growth rate from 1987 to 2007. Now, the population is aging, and the rate of women working has stagnated since the mid 90s. That suggests the traditional workforce’s growth rate is set to slow, which in turn would slow the GDP growth rate to below 2 percent. In fact, that falls right in line with the most recently reported GDP growth rate: 1.9 percent in the third quarter of 2019.

But don’t worry; lower levels of GDP growth doesn’t necessarily mean that the economy’s getting worse. Keep in mind that other factors, not included in the GDP, contribute to economic health.

What are we missing with GDP?

Just looking at the numbers, the GDP only counts final products and new constructions, leaving out business-to-business transactions. It also cannot include unreported income and transactions, which are likely on the rise with the growth of the gig economy and its frequent under-the-table operations. Another exclusion: Unpaid labor, i.e. housework and childcare, may not factor into the GDP, but does help fuel economic growth behind the scenes.

Plus, with the GDP’s focus on overall production, it does not reflect a couple of major issues plaguing many countries around the world: increasing income inequality and degrading environmental health. Both problems are bound to take a heavy economic toll on the nation and globe, even if the GDP continues to stay positive.

So, how does the GDP affect me?

As a consumer (and citizen), you should benefit from a strong economy, represented by solid GDP growth. As we noted above, the Fed can be swayed to lower or raise interest rates based, in part, by how slow or fast the GDP is rising (or falling)—and that can determine how costly your debt may be or how much interest your savings can earn. GDP growth can also indicate the state of the job market and let you know whether it might be a good time to ask for a raise or update your resume.

And for investors, looking more closely at GDP data can help you adjust your portfolio, as necessary. By comparing GDP data for various countries, you can note where your foreign investments might do better. You can also look at the details of our domestic GDP to see which sectors have been doing well and might hold stronger investment opportunities.

Overall, though, remember that there’s little you can do to influence the GDP. So don’t pay too much attention to the headline-grabbing numbers of each quarter. As important as it is to have a good handle on the state of the economy, it’s most important that you focus your financial plan on achieving your long-term goals.