What is a Bear Market? 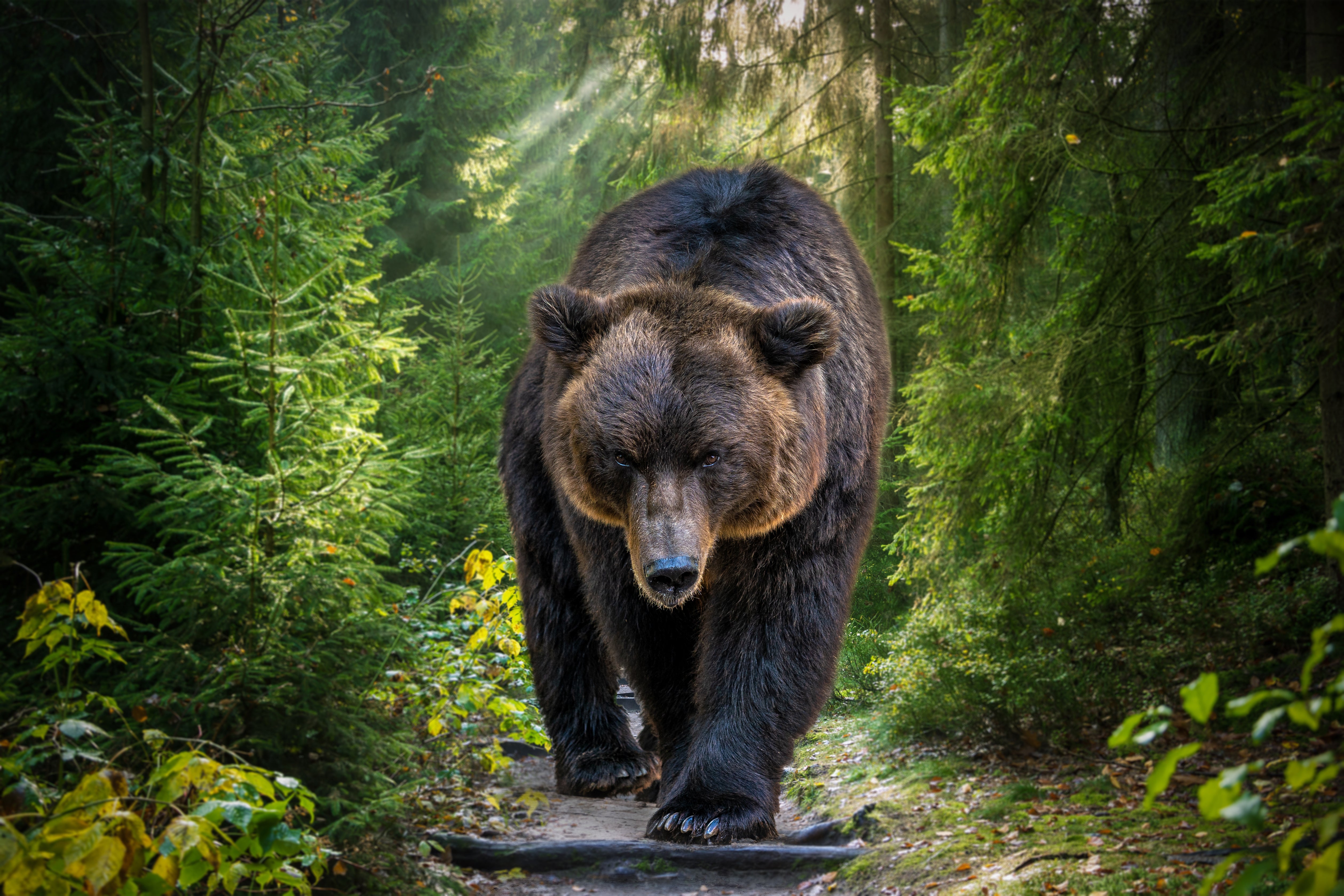 You probably know that a bear market refers to a period in which stock prices are down. But how much do stocks typically fall? And how often do these bear markets occur? Here’s more on what to expect in a bear market, how often they occur and how they can affect your personal investing strategy.

What is the definition of a bear market?

A bear market is defined as a period in which the major stock indexes—like the S&P 500 Index and Dow Jones Industrial Average (or “the Dow”)—drop by 20 percent or more from a recent high point and remain that low for at least two months. It is the opposite of a bull market, which is a period of consistently rising stock prices. On March 12, 2020, triggered by concerns about the potential economic impact of the spread of the coronavirus, the stock market entered bear market territory with all the major indexes falling more than 20 percent, potentially bringing to an end the longest bull run in history.

A bear market can sometimes accompany an economic recession, which is commonly defined as when the economy experiences two or more consecutive quarters of decline in the gross domestic product (GDP). This was not the case in the U.S. in March 2020. GDP can be calculated as the total monetary value of a country’s goods and services produced during a specific timeframe.

During recessions, investors sometimes sell off their stocks and other investments, which can exacerbate a downward market trend. It’s possible that a bear market can reverse the stock market gains made during the previous bull run, but, historically, the stock market has recovered from every bear market and continued to climb to new highs.

A bull market occurs when the major stock indexes rise at least 20 percent and continue to grow. As mentioned, it’s the opposite of a bear market. Usually, a bull market signifies a healthy economy. You’ll see share prices rise during this period, typically accompanied by increased engagement among investors.

Also, more companies start publicly trading through an IPO (or initial public offering) during a bull market. This means everyday investors have an opportunity to buy shares of those now-public companies. In the 2010s, big corporations such as Facebook, Uber, Snap and Dropbox all went public.

For over a decade, the U.S. stock market had its longest bull run in history. On March 11, due to investor anxiety over the coronavirus outbreak, the Dow plunged 5.86 percent (or 1,464 points), sending the index into bear market territory for the first time since 2009. It was a drop of more than 20 percent from February's record high. The S&P 500 and Nasdaq also dipped by 4.89 percent and 4.7 percent, respectively—about 19 percent below their recent all-time highs.

Since 1926, the U.S. has weathered at least 10 bear markets, according to financial advisory firm First Trust. Some bear-market periods are particularly notable.

The Great Depression was the worst economic downturn in U.S. history, lasting from 1929 to 1939. Unemployment rose to nearly 25 percent, housing prices plunged and an estimated 20 percent of banks failed.

The stock market also plummeted. In four days in late October of 1929, in what’s known as the stock market crash of 1929, the Dow dropped 25 percent, wiping out $30 billion in market value. That led to one of the country’s most severe bear markets. Over the next three years, the S&P 500 stock index fell by 83.4 percent, the largest decline in history.

The Great Recession started in December 2007 and lasted until mid-2009, making it the longest recession since World War II.

While the bear market only lasted a little over one year, the S&P 500 index plunged 50.9 percent in that time. A primary cause of the Great Recession was mortgage lenders extending mortgages to buyers with poor credit histories during the housing boom of the early- to mid-2000s.

Most experts agree that the stock market decline at the end of 2018 doesn’t qualify as a full-blown bear market. But it came very close.

All the major stock indexes ended the 2018 year down significantly from their highs, with the Nasdaq index falling about 19 percent, the S&P 500 index down 15 percent and the Dow down 14 percent. But the market recovered fairly quickly and continued to rise upwards in what continues to be the longest bull run in history.

What’s the average length of a bear market?

The average length of a bear market has been about 1.3 years with an average cumulative decline of 38 percent in the S&P 500-stock index. The two worst bear markets in history—during the Great Depression and the Great Recession—produced an 83.4 percent and 50.9 percent cumulative loss respectively. What makes the Great Recession especially notable is that it lasted about the average length of a bear market but yielded higher losses. In the years that followed, though, the market fully recovered, and went on to set new record highs.

Investing during a bear market

Your investing strategy should be based on your personal financial goals and risk tolerance. You shouldn’t rely on which direction you think the market is headed. But there can be benefits to investing during a bear market if you're a long-term investor: you can purchase additional shares of stocks at sharply lower prices, which can allow you to enjoy additional gains in a recovery. if you do invest during a bear market, keep these tips in mind.

Regardless of whether it’s a bear market or bull run, it’s important to rebalance your portfolio on a regular basis. And when there’s a downturn (or a bull market), it’s likely that your asset allocations will fluctuate.

If you choose to manage this on your own, be aware that each time you rebalance you’ll be paying trading fees. (Acorns automatically rebalances your portfolio for you, so you don’t have to worry about this.)

Portfolio diversification is crucial to a long-term investing strategy. That means investing in stocks and bonds, and putting some money into cash, but also diversifying within asset classes.

This could include investing in both U.S. and foreign companies, small, mid-sized and large companies and companies in various sectors (from healthcare to technology).

With bonds, you can also choose from a variety of options. There are those issued by states, municipalities, the federal government (also known as “treasuries”) or corporations. Typically, corporate bonds offer the highest potential for returns, but it’s critical to check their ratings to understand each bond’s level of risk. (Investment-grade bonds are considered the least risky.)

Is there any way to prepare for a bear market?

An investment strategy should reflect your tolerance for risk, your timeframe and your goals. As it’s impossible to predict when a bear market will start, it’s difficult to prepare for it. And once the market slides, it can be smarter to wait it out than to sell and lock in losses. Diversifying your investments can help protect you against large market swings during the inevitable ebbs and flows of the stock market. (When some investments are down, others should be up.) And keep in mind that the stock market has fully recovered from every other bear market in history and continued to climb. 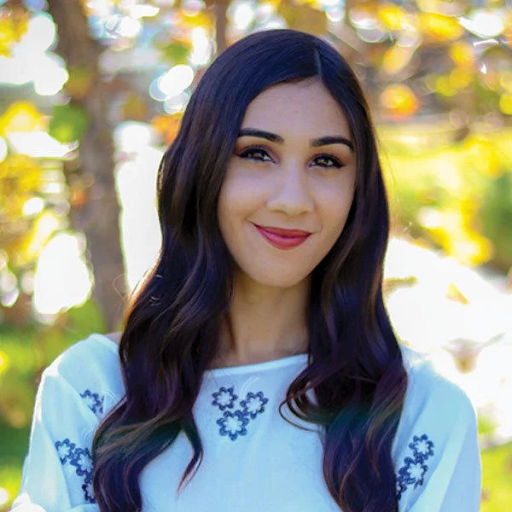 Miranda Chua is the Sr. Growth Marketing & SEO Associate at Acorns. Prior to Acorns, she held a Lead Content Strategist position at a B2B digital marketing agency.