An investing novice might know just one thing about bonds: They’re boring. Which is precisely why you need them in your portfolio, and should get to know them better.

“Bonds are safe investments when you compare them with stocks,” says Tim Kim, a Certified Financial Planner and analyst with Francis Financial in New York City. “The main role [they play] is to further diversify your investments and act as a safety net for your portfolio when the market isn’t doing too well.”

They can also provide a steady stream of cash payments. But don’t confuse safety with simplicity; bonds can actually be pretty complicated. “They are a different breed [of investment],” says Certified Financial Planner Vid Ponnapalli, founder of Holmdel, N.J.-based Unique Financial Advisors. “Bonds are a little more loaded when compared with stocks.”

So we’ve pulled together a primer of all you need to know about bonds—starting with the most basic question of all.

What is a bond?

Basically, a bond is an IOU, or a loan that you give to the issuer. When you buy bonds, you do so with the expectation of getting paid back—with interest—in a certain amount of time.

They are also securities that can be traded, similarly to stocks, on exchanges or over-the-counter (directly with dealers, such as investment banks).

These three main types of bonds each come with different levels of risk and expected returns, based on the general stability of the issuer. Overall, we think of Uncle Sam as pretty reliable (since he can print his own money), so the risks of Treasuries are minimal—as are the returns. On the other hand, companies can come and there’s a risk they can go, so corporate bonds typically offer greater returns with greater risk. Munis fall in the middle.

How do you buy bonds?

You can buy Treasuries at www.treasurydirect.gov.

For other types of individual bonds, you can make your purchase through a brokerage firm, but understand that you’re buying secondhand. The investment banks that deal bonds get them new, then pass them on to you on what’s called the secondary market.

The difference between how much the dealer pays for the bond and how much you pay is called the “spread.” You typically won’t know what that is because dealers don’t have to disclose it. What you can and should know when buying a bond is its coupon rate (how much interest it pays) and when it matures.

What does it mean when a bond matures?

A bond’s maturity is how long it will take to pay you back the face value. Short-term bonds mature in five years or less; intermediate-term bonds take between five and 12 years; and anything beyond that is considered a long-term bond.

Ideally, you’d hold a bond to maturity to reap the full benefit of a guaranteed payback, but you can sell early on the secondary market (via a broker). Just understand that you may wind up with more or less than what you paid, depending on how interest rates compare to when you bought it. Plus, Ponnapalli adds, “Depending on the characteristics of your bond, you may not have a buyer readily available to buy your bond at the price you want.”

If the bond includes a “call provision,” the issuer can redeem it early, too—in order to issue new bonds at a lower interest rate, for example—but usually pays you a little more than the face value to do so.

Yield is the amount of interest you actually get, typically expressed as a percentage. To make things complicated, bonds can have four types of yield.

Usually, yield refers to a bond’s “current yield,” based on its market value. The “nominal yield,” or coupon rate, is based on the bond’s face value. Its “yield to maturity” is how much you can expect to earn in interest if you hold the bond to term. Keep in mind those yields can be affected by broker markups, which impact bond prices. So even when you first purchase a bond, its nominal yield and yield to maturity may not match exactly.

Finally, a muni has a “tax-equivalent yield,” which depends on your tax bracket. More on this later.

Confused yet? Let’s take an example. A 5-percent coupon bond would pay $50 a year in interest on each $1,000 in face value. If you happened to buy the bond on the secondary market for $900, though, it would have a current yield of 5.6 percent. That’s calculated by taking the $50 in annual interest, dividing it by the market price of $900, and multiplying the result by 100.

Why would a bond sell for less than its face value? Read on.

How are interest rates and bond prices related?

“The Federal Reserve plays a big role in the bond market when it decides to raise or lower rates,” says Kim. “Traditional bonds, like U.S. Treasuries and corporates, are affected by interest rates pretty directly. Floating-rate bonds… [have variable-interest rates tied to a benchmark], so as interest rates increase, their interest rates will also increase. This is good for a rising-rate environment.”

Ponnapalli offers this example: Let’s say we purchase a $1,000 bond paying a 5-percent coupon. If interest rates rise, new bond issues could pay more than 5 percent, thus making the bond we purchased less attractive. If we have to sell our bond, we will be forced to sell at a discount.

So let’s say new bonds being issued are now paying 5.5 percent. If an investor bought the $1,000 bond at $900, she would get a better interest rate on this than she would with the new bond: 5.6 percent.

In the current low-rate environment, overall bond prices have been relatively high, meaning that when rates rise, we can assume bond prices will fall.

Does that mean you should pay closer attention to the news when the Fed meets to discuss raising rates? Not really. Just like with stocks, you should be investing with your personal long-term goals in mind. “While it’s important to keep note of what’s going on, keep in mind that bonds act as your safety net,” Kim says. 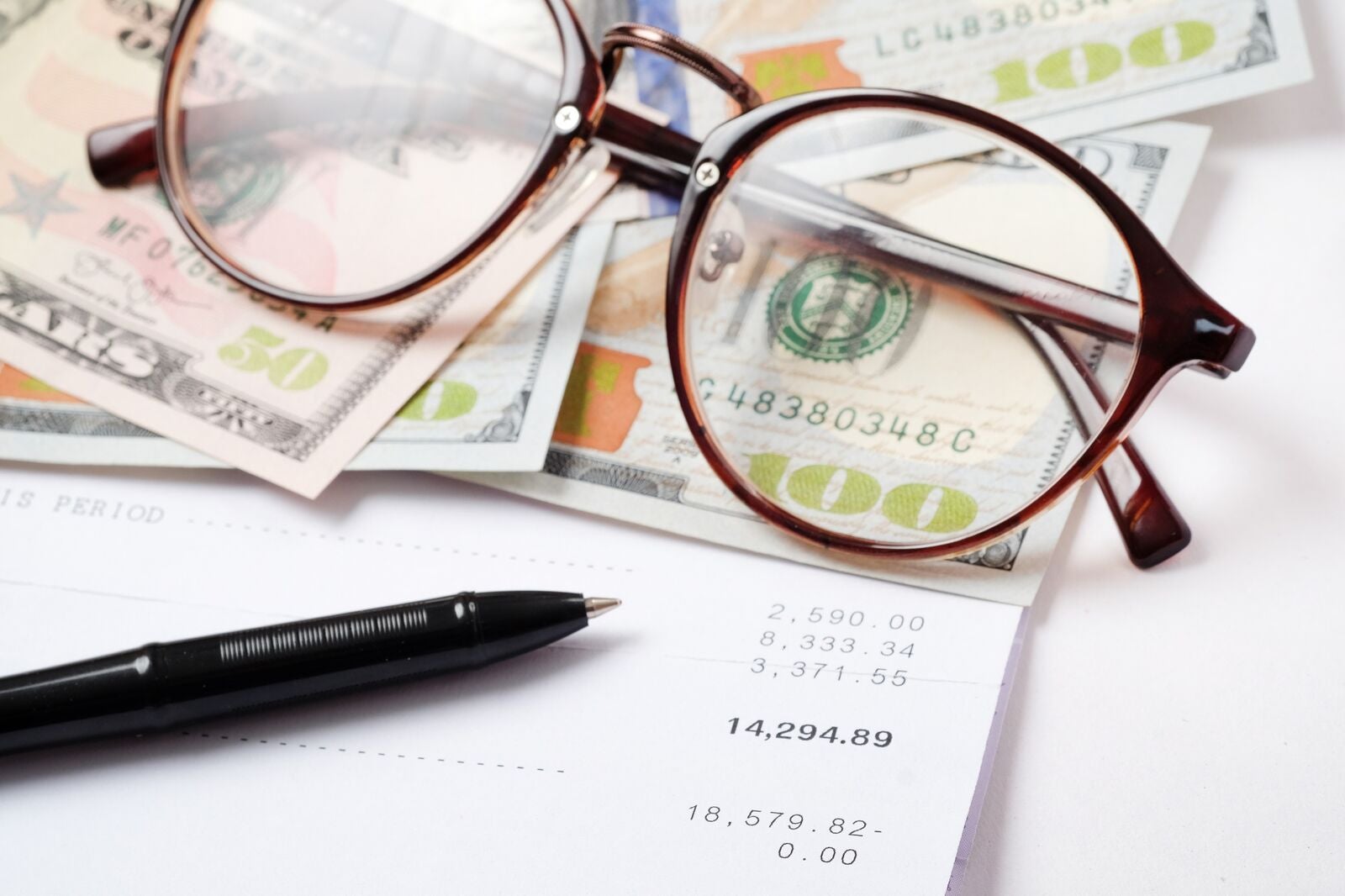 What should you look for when deciding whether to buy a bond?

“Keep in mind your objectives, your goals and also your risk tolerance,” Kim suggests. If you’re scared of risk, look to Treasuries for more safety. If you’re in it for the yield, corporate bonds may be your best bet.

But don’t forget: The greater the yield, the greater the risk. Low-rated corporates, or junk bonds, may offer the most tempting rates. If you’re investing in a taxable account, you might consider munis, which are exempt from federal and most state and local taxes. That’s why they have that tax-equivalent yield, which accounts for the added benefit of tax exemption.

Next, look at the issuer. “If you are going to give a loan to somebody, what are you going to want to see? Whether he can pay you back,” explains Ponnapalli. “The same thing holds with bonds—so you have to look at the credit rating of the issuer, [which can indicate] whether it can keep its promise [to pay you back with interest].”

You can check out ratings from Moody’s (which rates the riskiest entities as C and least-risky as AAA), Standard & Poor’s (D to AAA) or Fitch Ratings (also D to AAA) to get an idea of how reliable or risky an issuer is.

If you’re checking out bond funds, just like with stock funds, look at the management team’s track record and strategy, historical performance and costs. You want the expense ratio (the cost of running the fund, which comes out of your returns) to be low—preferably less than 0.5 percent. Unique to bond funds, you may also want to consider the fund’s average duration, credit quality and yield. Kim recommends researching funds through Morningstar, where you can see simple star ratings and status levels, such as silver and gold, as well as detailed analyses.

What does it mean when a bond is selling at a premium or a discount?

When a bond is selling at a premium, its current price is higher than its face value. At a discount, it’s selling for less. Of course, with most other types of purchases, you would opt to buy on discount. But premium bonds could actually offer a good deal because they may come with higher coupon rates and greater yield in the long run.

Can you lose money investing in bonds?

Yes. “When people think of bonds, they think [they] are not risky at all,” says Ponnapalli. “That’s a myth.”

Most issuers have what’s called a “general obligation” to pay back their loans, but there is always a chance of default. If the issuer is unable to repay its debts and files for bankruptcy, you likely have to take a loss. That’s why it’s important to consider credit ratings. On the bright side, bondholders are higher up on the list to get their money back before stockholders. And it’s very rare for a well-rated company to default.

Interest-rate risk is another biggie. As mentioned earlier, an issuer may opt to call a bond if rates fall. You may not technically lose money because of this—the issuer usually gives you a little more than face value if it retires a bond early. But you would miss out on the higher rate payments.

Should you buy individual bonds or bond funds?

Typically, you’re better off with bond funds, especially if you’re new to investing, says Ponnapalli. One advantage, he notes, is having a fund manager take care of the heavy lifting, including assessing spreads and reinvesting to earn interest on interest.

Also, bond funds offer greater diversification for smaller investments. Some bond funds require a minimum investment of just $100, and you can buy an exchange-traded fund with even less. Both give you access to a slew of bonds at once.

“With bond funds, what you’re really getting is hundreds of thousands of different individual bonds bundled into one share,” says Kim. “That’s going to keep you diversified [and] reduce your risk.”