Does the term “purchasing power” make you think of spending your money on brands you believe in? Turns out the phrase doesn’t actually relate to your ability to make a difference (or a statement) with your shopping behavior.

Here’s what you need to know about purchasing power—and how inflation affects it.

What is purchasing power?

As you know, what a dollar buys today isn’t what a dollar bought 10 years ago. And while we don’t want to “OK Boomer” anyone, it’s easy to feel a little annoyed when someone older gasps over the price of a product or service and says, “Wow, it only used to cost x.” That’s when you want to remind them that the federal minimum wage was also just $0.25 when it was introduced in 1938, and now is $7.25—and much higher in many states. Yes, prices were much lower when baby boomers were in their early career years, but so were wages.

If your salary remains the same but prices rise because of inflation, though, your purchasing power will decrease and you won’t be able to afford to buy as much as you once did.

Inflation is tracked through the Consumer Price Index (CPI), which measures the cost of a basket of 175 consumer goods and services—everything from food items to healthcare to housing prices. Each month the U.S. Bureau of Labor Statistics (BLS) computes an average cost of these items to determine how much it has changed since the previous check in. That identifies how much inflation there has been, and thus shows you the current purchasing power of your dollar.

It’s important to note that the basket of goods is an average for households, but might not reflect your individual consumption. For example, the overall CPI might only rise 2 percent (which is the inflation target the country’s central bank, the Federal Reserve, uses to inform its policies). But some items, such as intercity bus fare and health insurance, recently rose by much more—21.8 percent and 18.6 percent, respectively—while other costs, such as that of used cars and trucks, declined. So if you pay for your own health insurance and didn’t buy a used car, you might feel as though you have less purchasing power since health insurance rose more sharply and makes up a larger percentage of your personal budget.

What does purchasing power affect?

Purchasing power doesn’t just relate to how much you can buy with your money. It also affects stock prices, as well as general economic health. That’s because if inflation causes purchasing power to decrease significantly, and the cost of living goes up, that will lead to more cash-strapped consumers.

Interest rates also affect your individual purchasing power; for example, a 1% drop in interest rates can lead to a monthly savings of $167 on a mortgage of $200,000. A drop in mortgage rates means your dollars can go further since the total amount you’ll owe on your monthly mortgage payments will be lower. 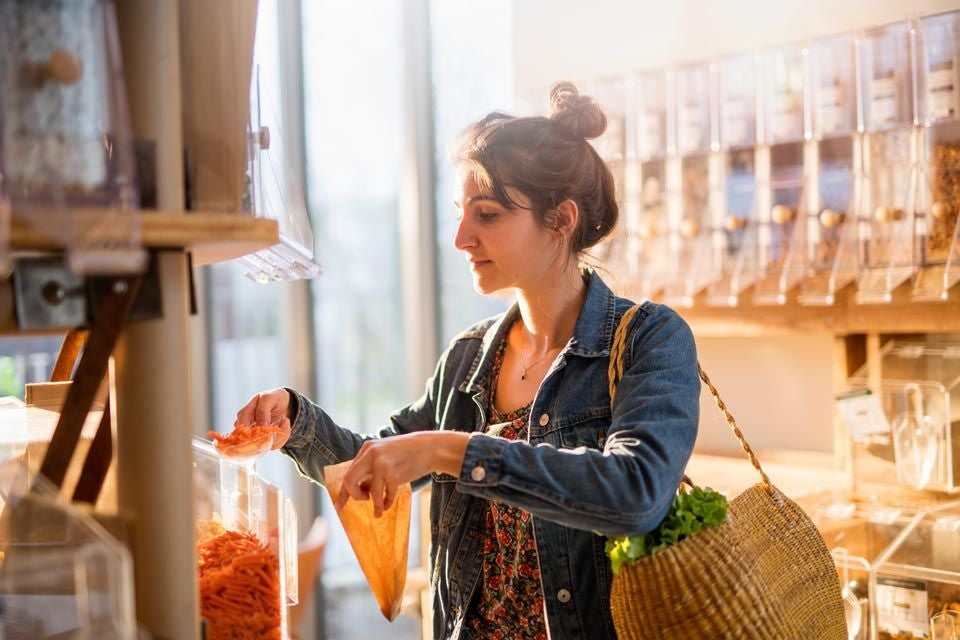 How has purchasing power changed over the years?

While purchasing power experiences annual shifts, there have been some historical examples of severe inflation, and even hyperinflation, which is when rapid price increases cause inflation to skyrocket. One recent example of hyperinflation happened in Venezuela, which has seen its hyperinflation rate rise to 10 million percent.

The U.S. has not experienced inflation like that. The CPI offers a reliable look at inflation in this country over the years. Created in 1917 during World War 1, the CPI was calculated back to 1913 using available data. Between 1913 and 1919, inflation rose nearly 10 percent, compared with calmer periods of 2 to 3 percent since the ’50s, with the exception of the ‘70s and ‘80s when average inflation topped 7 percent and 5 percent respectively, thus causing purchasing power to fall.

To get a read on how purchasing power has changed over the years, take a look at the Cost of Living Calculator from the American Institute for Economic Research, where you can input a year and an amount and see what it’s worth today. For example, $100 in 1913 would be worth $2,581.21 today.

How does purchasing power affect my investments?

Rising inflation will erode the purchasing power of your investments. In other words, the amount of money you invested will be worth less when you need to use it.

That’s why it’s important to focus on investments that will earn a rate of return that is greater than the value of inflation. When deciding where you intend to invest, take into account such factors as your time horizon and risk tolerance.

A longer time horizon theoretically allows for a more aggressive investment portfolio, with more time for the stock market to recover even if it hits one of its inevitable dips. By contrast, a more conservative portfolio that relies on asset classes with lower fixed rates of return—such as you would find with products like CDs and bonds—may actually lose purchasing power over the years due to inflation. (The annual inflation rate for the United States was 2.1 percent for the 12 months ending in November 2019, according to U.S. Labor Department data, while the national average for a two-year CD was 0.64 percent.)

Also remember that the earlier you start investing, the better. That’s because you’ll have more time to put the power of compound interest to work, which means that you are earning interest on your interest over and over, which can help your account grow sizably over the long run. (Acorns allows you to start investing in a broad range of stocks and bonds with just spare change. Learn more.)

The whole goal of investing is to have more money in the future when you need it, which is why it’s important to understand the effect that inflation can have as you put together your investment strategy.