Whether you’re an active or a prospective investor, it’s important to understand stock market cycles. While the market has grown significantly over time, it hasn’t risen in a straight line. There are market downturns and upturns, and those fluctuations are normal. Depending on how far the market falls, or how high it climbs, those can turn into bear or bull markets. Here’s what a bull market is and what it means for investors.

What is the definition of a bull market?

In general terms, a bull market can be described as a period of steadily increasing stock prices. It typically occurs when major stock indexes—like the S&P 500-stock index and the Dow Jones Industrial Average (or "the Dow," which includes 30 of the largest U.S. stocks)—rise at least 20 percent and continue to grow. It’s the opposite of a bear market, which is widely recognized as a period when major indexes drop by 20 percent or more from a recent peak and stay that low for at least two months.

During a bull market, you’ll see investor confidence climb, meaning investors will have more zeal to get involved. Also during this period, you’ll often see an increase in companies that start publicly trading through an IPO (or initial public offering), which allows regular investors to buy shares of stock in their companies. Big corporations such as Facebook, Uber, Snap and Dropbox all went public in the 2010s.

For over a decade, the U.S. stock market had its longest bull run in history. But on March 11, 2020, due to investor anxiety over the coronavirus outbreak, the Dow plunged 5.86 percent (or 1,464 points), sending the index into bear market territory for the first time since 2009. It was a drop of more than 20 percent from February's record high. The S&P 500 and Nasdaq also dipped by 4.89 percent and 4.7 percent, respectively—about 19 percent below their recent all-time highs. On March 12, all three major stock-market indexes ended the day in bear market territory, with cumulative drops of over 20 percent.

The end of the Great Recession of 2008 helped spur the longest bull market in U.S. history. Over the course of the more than 11-year bull market that kicked off in March 2009, the S&P 500 index grew more than 300 percent and delivered annualized returns of more than 15 percent (through 2019). Throughout the bull run, the economy saw slow yet steady growth.

Some market analysts were concerned that December 2018 would mark the end of the bull market due to a sharp drop in the major indexes. However, stock prices bounced back quickly, and continued to rise in 2019.

Prior to the current bull period we’re in, the longest bull market recorded in history happened during the 1990s, which marked the end of the Cold War. The nearly decade-long bull run, driven in part by booming technology companies, has also been referred to as the Roaring '90s. 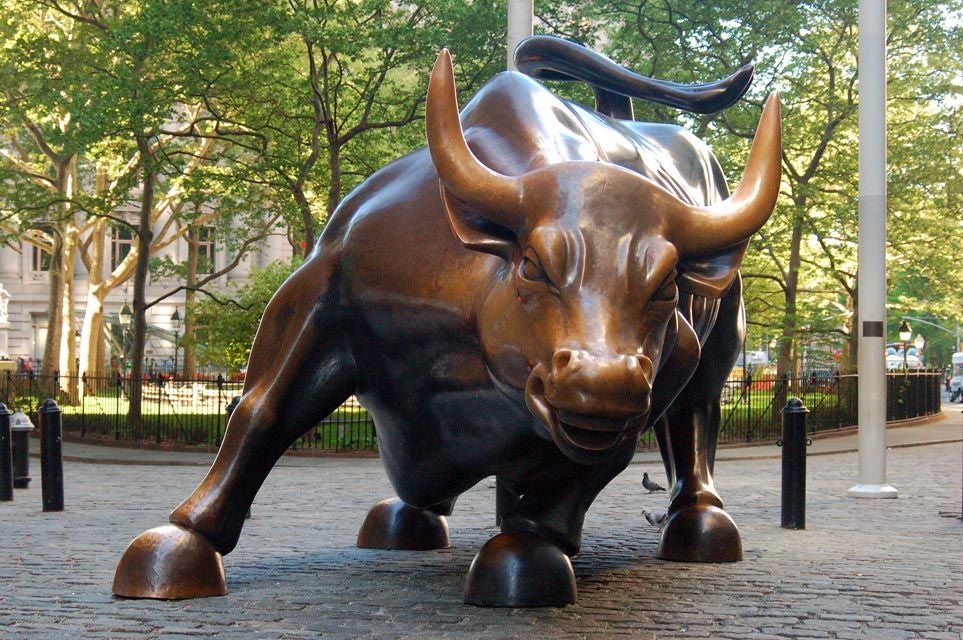 What’s the average length of a bull market?

Historically, the average duration of a bull market has been around 6.6 years with an average 339 percent cumulative total return, according to First Trust Advisors research. We have already surpassed both in the current bull market.

It’s impossible to predict the start and end of either bull or bear markets, so it’s hard to know how much longer this record bull run will last. Many market analysts, however, expect that the market will continue to climb in 2020, though at a slower pace.

Tips on how to invest in a bull market

Your investing strategy should be based on your own personal finance goals, your risk tolerance and whether you’re planning to invest for the short-, mid- or long-term. Don’t rely on where you think the market might be headed.

But if you decide to invest during a bull market, these tips can help you make the most of your opportunities.

Even when the stock market is doing well, you still need to rebalance your portfolio regularly. Let’s say you’ve set your asset allocation to 70 percent stocks and 30 percent bonds. Since stock prices fluctuate, your allocation will shift over time. If stock prices go up significantly as they do in bull markets, for example, stocks may then account for a larger percentage of the value of your overall portfolio. If you’d like to maintain the initial breakdown of your portfolio, you'll have to do some rebalancing— selling some shares of stock and buying bonds—to get it back to where you want it. (Acorns will automatically rebalance your portfolio for you, so you don’t have to worry about this!)

It’s also important to diversify your investments to protect yourself against sharp declines. By investing in a diverse mix of stocks and bonds, you’re increasing the chance that if some are down, others may be up.

There are additional ways to diversify your investment in stocks, by investing in both U.S. and foreign companies, for example, and in small, mid-sized and large companies and companies in different sectors (from healthcare to utilities to technology).

When it comes to bonds, you can choose from those issued by states, municipalities, the federal government (also known as “treasuries”) or corporations. Generally, the bonds with the highest potential for returns are corporate bonds, but it’s important to check their ratings to understand how risky they are. (Investment-grade bonds are the least risky.)

Whether the market is trending up or down, regularly investing is a smart approach as you can purchase more shares when prices are down and fewer when they’re up. While the market can be volatile in the short run, it has risen significantly over the long run—and every downturn has ended in an upturn. So investing regularly and sticking with it generally allows investors the best chance to grow their money over the long term.

Miranda Alzaiem is the SEO & Content Marketing Manager for Acorns. Prior to Acorns, she held a Lead Content Strategist position at a B2B digital marketing agency.