Who would have thought that saying we were in a “recession” was a good thing? Turns out that it’s only good when you compare it to its evil cousin, a depression. As they say, it’s all relative.

And unfortunately, it looks as though we are headed toward the “D” word with the coronavirus pandemic. In fact, the International Monetary Fund has deemed the “Great Lockdown the worst recession since the Great Depression.”

If that makes you feel depressed, we get it. But knowledge is power, so let’s take a few minutes to enlighten ourselves about the differences between a recession and depression, what to expect and when and how it might end.

Let’s call a recession the lesser of two evils. In short, a recession is a significant decline in economic activity. While it’s often measured in months—the generally accepted definition of a recession is two consecutive quarters of negative growth in gross domestic product (GDP)—in  our current situation, the slowdown happened in mere weeks, if not days.

That means for this recession we are going to look to the National Bureau of Economic Research (NBER), which defines a recession as “a significant decline in economic activity spread across the economy, lasting more than a few months, normally visible in GDP, real income, employment, industrial production and wholesale-retail sales." While we don’t know for sure the duration of this economic downturn, it seems pretty clear it will at least reach recession lengths. If it drags on, that’s when we will officially be in a depression.

What is a depression?

A depression is basically an extreme recession, one that lasts three or more years and is marked by severe economic contraction, including a GDP decline of at least 10 percent. Other hallmarks are high unemployment and low inflation. Typically, both consumer confidence and investing decrease, which can eventually lead to a near-complete halt in economic activity.

Historically, economic depressions have been far less common than recessions, which is fortunate as the effects are devastating and wide-ranging.

The primary difference between a recession and depression

As you can see, the recession regularly comes between the peak and trough but is only followed by a depression if unemployment continues to rise and production falls, indicating a severe, prolonged event. Depressions are far less common than recessions. 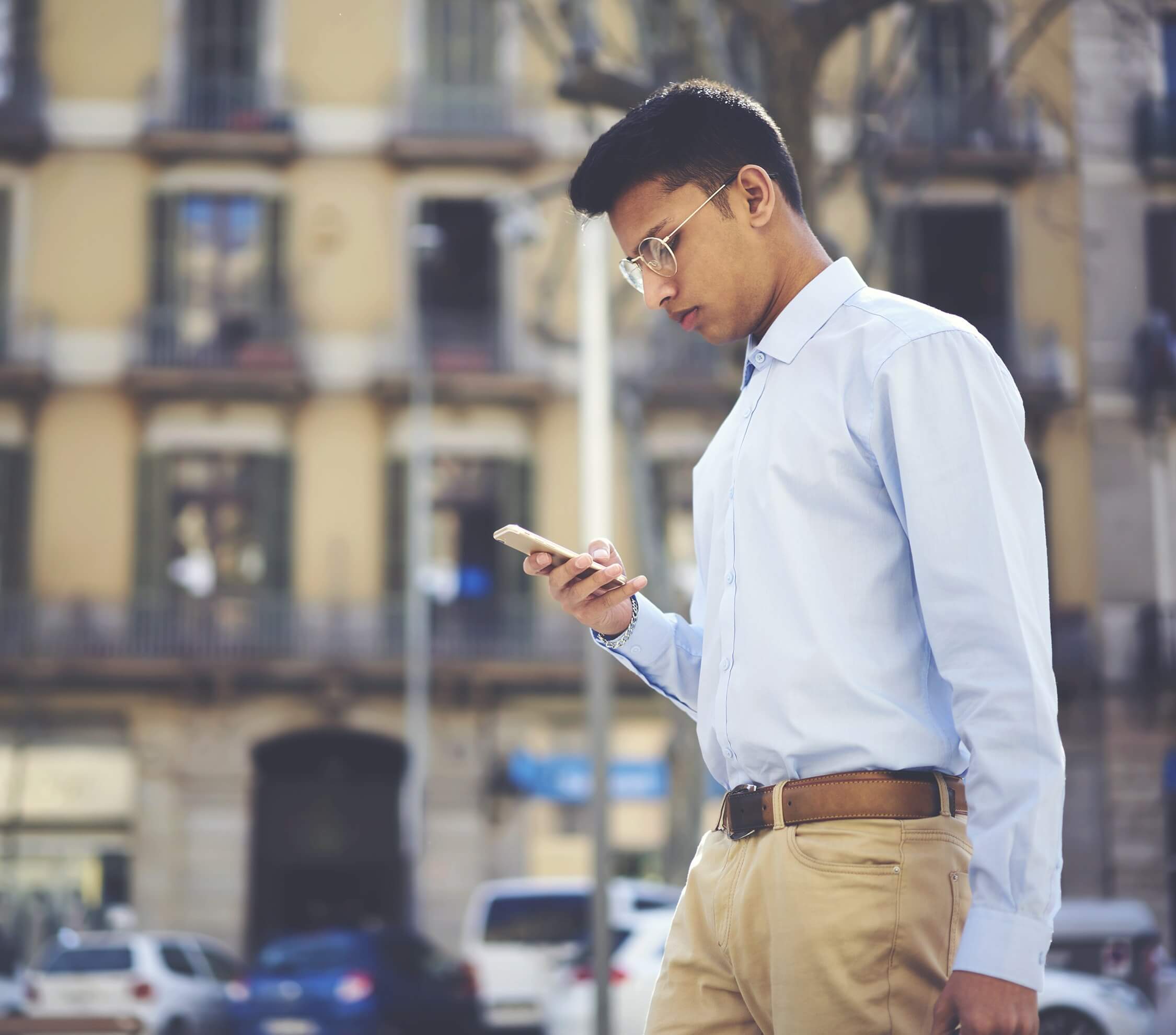 A recession can be caused by any number of factors, including an inflation/deflation cycle; the bursting of an asset bubble, such as real estate or stocks; a slowdown in manufacturing; and/or a loss of consumer confidence. They can be triggered by a stock market crash, high interest rates or, as we now know, a pandemic.

The current recession can be attributed to the effects of the coronavirus pandemic, as tens of thousands of businesses were closed almost overnight, leading to a quick but devastating spike in unemployment. Without paychecks, consumers have trouble covering their bills, which leads to credit troubles and the effects ripple throughout the economy. Until people can resume work and daily life, the economic conditions are expected to worsen. Since we don’t have a clear trajectory to that return, many experts agree we are headed toward a depression.

A brief history of past recessions

The first noted recession was the “Panic of 1857,” which lasted from June 1857 to December 1858 and was sparked by the failure of the Ohio Life Insurance and Trust Company, which caused a loss of confidence in American banks and led to the failure of more than 5,000 businesses.

What causes a depression?

As mentioned, a depression is actually just a longer and far more severe recession, marked by high unemployment and sharp declines in the financial markets. It’s caused by a number of factors that occur simultaneously and lead to a vicious cycle: Consumers cut back on spending, which leads to job cuts, which further reduces purchasing power and causes consumers to miss mortgage and other payments, thus leading banks to tighten their lending standards so it’s even harder to borrow. This lack of confidence feeds on itself and the cycle goes around.

A brief history of past depressions

As noted, depressions are far more damaging and, fortunately, far more rare. In fact, there are only three on record. The two most well-known are the Long Depression, which was folded into the Panic of 1873 and lasted 65 months, and the Great Depression, which lasted 28 months. In the middle was the Depression of 1920-21, which, while relatively short at 18 months, was incredibly painful. The U.S. stock market fell by nearly 50 percent, and corporate profits declined over 90 percent.

The Long Depression began with the failure of the largest bank in the United States, which burst the post-Civil War speculative bubble. It was further fed by the Coinage Act of 1873, which depressed the price of silver and hurt North American mining interests and then subsequently by labor turmoil, such as the Great Railroad Strike of 1877. Historians attribute the end of this depression to the return to the Gold Standard.

The Great Depression started with the stock market crash in 1929, followed by bank panics and deteriorating economic conditions. This period was marked by severe unemployment, affecting approximately one-quarter of the United States workforce, with GDP cut in half. It ended around the time that World War II started, and just after the introduction of the New Deal, which put numerous safeguards into place for the American worker.

How to prepare for a recession or depression

As we are now surely in the midst of a recession and likely a depression, you may already be feeling the effects. The good news is that the government has been proactive in creating a number of programs designed to bolster consumers’ pocketbooks, including stimulus checks and increased unemployment benefits and to support small businesses. But now is most certainly the time to be cautious. Here are some concrete steps you can take to minimize damage in a recession or depression:

Be mindful about your spending.

While we remain in “lockdown” mode, it can be relatively easy to throttle spending, with travel and entertainment options effectively non-existent. You might also be saving on commuting and other work-related expenses. Now is the time to look at your budget and cut back wherever you can, then sock that money away in your emergency savings fund, just in case your situation worsens.

If you do receive a stimulus check that you don’t currently need, don’t squander it. Set it aside for the future in case you lose your job or experience salary cutbacks or unexpected expenses.

Work with your creditors.

If you are fearful of missing a payment, reach out to your servicers, many of whom have hardship programs in place. In addition, federal student loan payments have been put in forbearance, with payments automatically stopping from March 13, 2020, through Sept. 30, 2020. Some private loans might also have similar programs so check with your servicer to see what’s available and what action you have to take. Being proactive can prevent the situation from worsening and keep your credit score solid.

Continue investing if you can.

While it’s natural to shirk from investing in volatile markets, taking a long-term perspective means that your money may actually go farther in the long run as you’ll be buying assets when prices are lower. A good strategy to guard against steep dips is to maintain a diversified portfolio with different asset classes. One way to accomplish this is by investing in mutual funds and exchange-traded funds (ETFs) to gain access to a broad array of investment products. For example, Acorns portfolios include a mix of diverse ETFs, which offers exposure to thousands of stocks and bonds.

Can you share some good news about the current economic situation?

We can. Yes, it looks bleak as we are just at the beginning of the economic pain of a potentially long recession or even depression. But it’s vital to take a long-term perspective and realize that markets have always rebounded after a recession.

In fact, let’s look at what happened after the recent Great Recession. Although it took a protracted five years, in March 2013 the Federal Reserve announced a 91 percent recovery from market losses suffered, and by April 2014 the jobs gap also appeared to have closed. The economy just kept chugging until March 2020 when employment and the markets were both at all-time highs.

Although that type of recovery can’t come fast enough, it’s important to remember that every downturn in history has ended in an upturn. And every recession and depression have led to a recovery as well.